Places of Tourist Interest in Kashmir

Srinagar is justly famed for its Mughal Gardens, vast acres of hillsides, terraced with waterbodies and rimmed with flowering shrubs and trees, laid in formal quadrangles by the Mughal emperors whose love for the valley is legendary.

Shalimar Gardens are the piece de resistance of Srinagar's many gardens and parks. This royal garden was laid out four hundred years ago by the Mughal Emperor Jehangir for his wife. 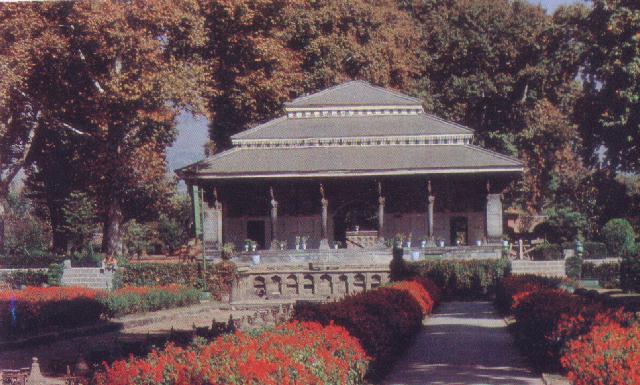 Nishat Bagh, though smaller than Shalimar, is more intensely beautiful. Descending in tiers to the Dal's edge, Nishat is well known for its stately chinar (plane) trees, imported to Kashmir from distant Persia by the Mughals. Many of the giant chinar trees have been planted by the Mughals. 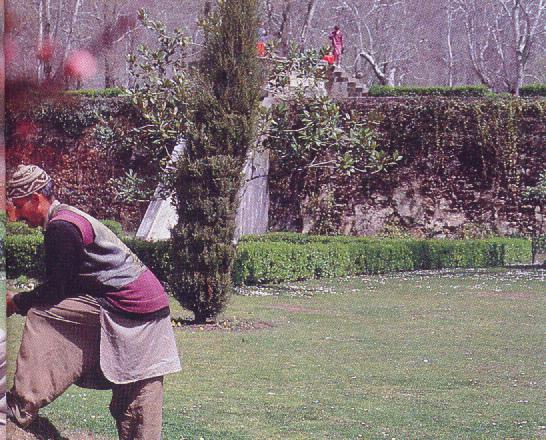 Shah Jehan is reputed, also, to have laid out the gardens of Chashma Shahi, so named because of a mountain spring that waters it. 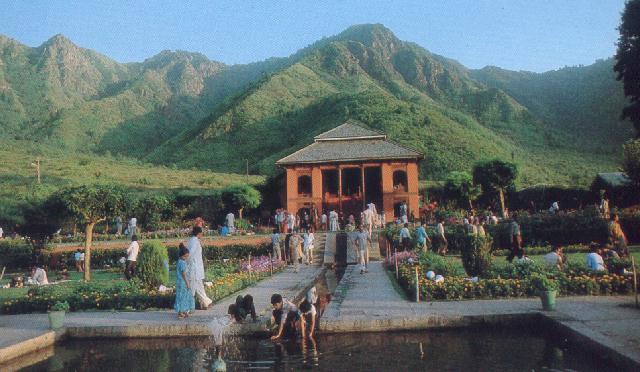 Pari Mahal is as much a monument as garden. This was initially a garden built by Dara Shiko for his Sufi teacher, Mulla Shah. Once punctuated wth several springs that have since dried up, the Pari Mahal gardens are now the pride of the state. Pari Mahal is illuminated at night, and can he seen, located on the spur of a hill, from most places in Srinagar. 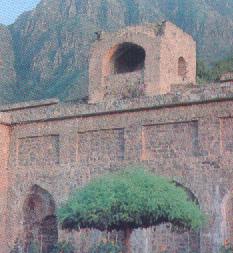