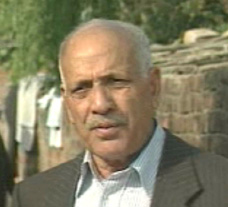 Dr. Pandit is a renowned columnist, analyst and author. He is a former Director, Centre for Central Asian Studies, University of Kashmir and an eminent Persian scholar. This paper was presented by him in the one-day National Seminar on Terrorism, Human Rights & Mass Media, organised in Jammu by the Denmark-based Non-Governmental Organisation (NGO), The Jammu and Kashmir National Front International. We are reproducing this scholarly paper here for the benefit of our readers - Editor.

Externally, There are two sources of threat to India's stability, and both of them are gravely impinging on her internal law and order situation. We are caught up between two ideological trends arising to our east and to our west, both antagonistic to each other. The nature of relationship between China and Pakistan vis-a-vis India draws inspiration from the famous Maoist maxim that enemy's enemy is a friend.

However, the fundamental difference in these two sources of threat to India needs to be understood. China, an authoritarian state, is in full control of her sovereign power in formulating her policy towards India. But the theo-fascist state of Pakistan, also a functional client-state of the US, has, for a long time in the past, surrendered her sovereignty of formulating her Indian Policy to her benefactor. Unlike China, State power in Pakistan is husbanded by three components of her polity, namely, the electorate, the olive-green chapter and the Punjabi feudalist-bureaucratic combine. At the same time, Pakistani underworld comprising drug-traffickers, rabid fundamentalist organizations and exporters of terrorism and theo- fascism bring up the tail-end of the feudalist military combine.

A power structure in which responsibilities can be shifted and accountability can be disowned, tends to proceed on reckless adventurism. India had to face this adventurism in the past. Despite fragmentation of Pakistan in 1974, this power structure could not be dismantled. In fact, it has now been reinforced through a clean chit obtained by Islamabad from Clinton administration calling her a 'moderate Islamic state'.

Threat to India's stability emanates from these two sources because the democratic-secular structure of Indian polity is perceived as a "menace, out to destroy authoritarian rule and a theocratic system in her two neighboring Asian states". After all, 900 million people in vast land mass occupying a strategically important region between the Stepes of Central Asia and the warm waters of Indian Ocean, bound together by millennia of common heritage, struggling for socio-economic advancement along an ideology of democracy and secularism, political pluralism and individual freedom, do envisage a strong reverberation of their aspirations in the hearts of millions of people in the adjoining countries.

Therefore, both China and Pakistan must perforce project India as a 'hegemonist' State with intentions of bossing over the smaller states in South East Asia and the region. This stance has two implications. One is to create a fear psychosis among the adjacent smaller states, and the other is to legitimise interference and even presence of the unipolar power in the region. With 5000 square kilometres of the illegally occupied Indian territory in J&K State gifted away by Pakistan to China, Islamabad boasts of having resolved all border disputes with China. And China has built the Karakoram Highway through illegally occupied Indian territory in J&K State. Yet Beijing portrays India as a hegemonist state and makes the Macmahon line a contentious issue to make incursions into Indian territory.

Chinese communist leadership and US State developed good understanding on arming Pakistan from early 1970s as regional deterrent to the developing Indian democratic-secular State in S.E. Asian region. An overall assessment of the US policy in the continents of Asia, Africa and Latin America shows her willingness to accord tacit support to dictatorships and authoritarian regimes out to curb democratic aspirations of their masses. India did not fit in her scheme of things and when Pokhran blast came about, the Americans embarked on double-pronged onslaught on India. Internally, pressures were mounted like financial and economic sanctions, NPT and Kashmir issue, and with that came the arming to the teeth of Pakistan. Amusingly, American press occasionally comes out with stories of how the US authorities just overlooked the clandestine acquisition of crucial nuclear components by Islamabad from some Western countries and agencies. Even today, the Americans are providing her all possible logistical support to collect crucial material like enriched Uranium and Red Mercury from the economically truncated states of Central Asia after the collapse of the Soviet power.

Following the crisis in Afghanistan, a new situation has developed in the region which has exacerbated threats to India's stability. This is the extensive proliferation of American provided sophisticated arms in the region and the US- sponsored Islamic radicalism initially meant to confront the communist ideology but now unleashed against the democratic and secular forces in India and elsewhere in the region like Tajikistan or the Philippines. Kashmir has been made the flash-point with the US Foreign Office declaring that the whole of J&K state was a disputed subject.

Today, the world's strongest democracy is the world's strongest supporter of theo-fascism. This is so because the unipolar power must maintain to hold on the vast oil resources of the Arab world. And the key to that resource is Saudi Arabia. The most retrograde autocratic regime that has opened its coffers on global theo-fascism. Theo- fascism exported by these agencies through an international network of armed activists parading religion as the endangered entity, is knocking at the door of every Muslim wherever he be. Only a few can resist the unrelenting harangue. Our countrymen need to understand it.

Post cold-war strategies, economic globalisation and reoriented roles of formidable military structures like the NATO should not mean abrupt or even gradual abandonment of pervading interests of big powers, US in particular. Central Asian vacuum on the one hand, and Pakistan's growing search for geo-political depth westward and eastward on the other, have become strong incentives for the Americans in giving another tight embrace to their decades old ally viz, America finds enormous economic interests in the almost untouched vast mineral wealth of central Asia to which Pakistan holds the key for overland entry since Iran has turned a 'rouge' nation. America's quest for a foothold in Kashmir, an ambition which came to be nursed in early 1950s and was never suspended all these decades, aims at keeping a close watch on China. But that can be no relief to us since China has the capacity to hold back the intruding American influence and also keep India within her limits. It should be clear to all that the presence of the US in any form and in any manifestation in the region will be with a tacit understanding between Beijing and Islamabad. Beijing has the diplomatic skill to derive adequate mileage out of American posture. After all, both are fully aware of the potential of India to become an industrial and economic giant given at least two decades of internal peace and external security.

In this political landscape, we find that the two sources of threat to India's stability have come to the conclusion that an open military confrontation with her could become counter productive in view of the repressive regimes unwilling to move towards democratisation of their institutions. As such. they have resorted to both manifest and subtle subversion through proxy war, disinformation, international propaganda, trans- border arms infiltration, overt and covert support to dissident factions, fanning of communal and ethnic conflicts and the like activities. Such subversive measures succeed to a large extent in a soft and open state. Thus external forces begin to work in tandem with internal subversion which makes destabilisation process easy for them.

How can this challenge be met and repulsed? Certainly, a far-reaching structural change is to be looked for. Never before was free India forced to defensive strategies. We believe that India needs re-defining her interpretation of a nation-state. We also believe that subversion has to be eradicated with an iron hand. India will have to spell out in clear and loud terms her understanding of a secular state.

Militarily, new thinking is called for particularly in the structure of her land forces and conventional armament. Perhaps, raising of Frontier Commands, one far the North Western border, would precede re-investment of Himalayan buffer diplomacy. The State authority must assert and this authority must reflect the will of the people.

And lastly, it should be said that the most formidable defence and offence on which our country can depend is the unity among her people. This is the hour of sinking all differences that might divide the people of India. The united people draw their inspiration from the great civilisation of this country. No power on earth, nor even the gods in the heaven, can down us if we remain united. And unity means sacrifice, dedication and will to exist as a vibrant nation.