Nine hundred years ago a remarkable collection of stories calledKathasaritsagara, the ''Ocean of Stories", was produced in Kashmir. Somadeva, its author, is said to have included in this tome many stories which he had heard from others and which, in fact, had their origin in folk-literature. The Kathasaritsagara, which may justly be called a treasure of folk tales, has had considerable influence on countries which were in close touch with India during the Middle Ages.

The first collection of Kashmiri folk tales in English was brought out by the late Rev. John Hinton Knowles towards the end of the last century. Sometime later, a renowned scholar, the late Sir Auriel Stein, published another collection of this kind. Hatim's Tales, as this latter is called, is a collection of tales in verse and prose recited in Kashmiri for the savant by one Hatim who was an oilman by profession. These two works can by no means be said to exhaust the harvest of tales garnered in the fertile minds of the people. The present editor has endeavoured to collect some of the more interesting tales current in the valley of Kashmir which, but for two exceptions, have not appeared earlier.

Tales, myths, sagas and other narratives comprise perhaps the most interesting part of the literature named "Folklore", a term coined in 1846 by W.J. Thoms to designate the traditional learning of the uncultured classes of civilized nations. This is not the place to go into minute details on the subject. Suffice it to say that folk tales comprise a respectable volume of literature in all languages which is being explored with increasing interest everywhere. The earliest tales of this kind are traced to about 2800 B.C. in Egypt.

There is an unmistakable similarity in many folk tales of countries as far apart as Kashmir and France or China and Sweden. The obvious conclusion is that they have all been influenced by a common stock of tales which appear as variants in different languages. Apart from this there is the same affinity between the folk tales of different countries as in their fables, legends, myths, apologues, etc. There is, therefore, nothing to be surprised at if some of the folk tales of Kashmir have close parallels in other countries.

Several tales in this section are based on incidents centering on real persons. By and large, however, the tales portray a large variety of men and women, both individuals and types, and project peoples' beliefs, customs, ideals, preferences and prejudices in all their rich variety as few other literary forms can do. As a matter of fact they impart meaning and substance to culture as it is crystallized in our day-to-day living. In this sense they are allied to myths. "Myths," according to the Encyclopaedia of Religion. and Ethics, "are not created out of nothing .... It [a myth] is always the covering, the shell, to a kernel of truth contained inside .... Folk tales are the myths of the race." Many tales in this volume could without doubt be called the myths of the race living in this land. 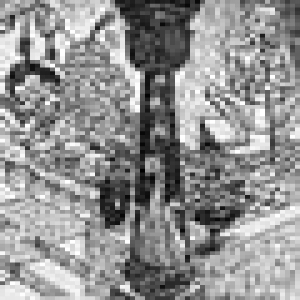 It is indeed a fact that Mahadev was a well-known thief. It is also true that he would rob people of their property and wealth. But, in spite of that, people used to sing his praises. The people loved Mahadev because he would steal from the wealthy to provide for the needy.

The Tale of Bib Garazmaej

The tale of Bib Garazmaj will surely be told on the ocassion of the annual Pann in Kashmiri Hindu households by the matriarch of the family, to those present at the Pooja.

Game of the Name

The game of inventing a name, a label for a particular person that sums up in one word all that he stands for, his idiosyncrasies, his follies, warts and all, is played to perfection in Kashmir. This appelation is usually a funny word, crisp and tasty on the tongue.

This fanciful tale centres round one of the illustrious kings of Kashmir, Sultan Zain-ul-Abidin (1423-1474 A.D.) fondly named Badshah, the great king, by his loving subjects and remembered with love and reverence by the posterity even to this day.

The Birth of Lake Sheshnag

For Visakha, a Brahman youth of about twenty one, it was a close encounter with death. Caught unawares between the charging cavalry columns of king Nara of Kashmir, who descended upon the place like wolves upon a fold, he, in utter confusion, panicked and flew for his life.

Once upon a time in a certain village in Kashmir, there lived a happy family - an old couple with their two children, a daughter and a son. The girl named Sankisar (the golden bead) was about to blossom into a beauty. 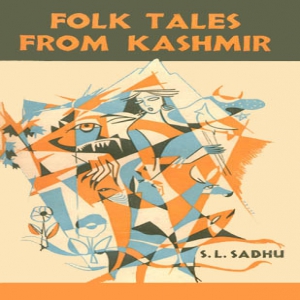 Nine hundred years ago a remarkable collection of stories called Kathasaritsagara, the Ocean of Stories, was produced in Kashmir.