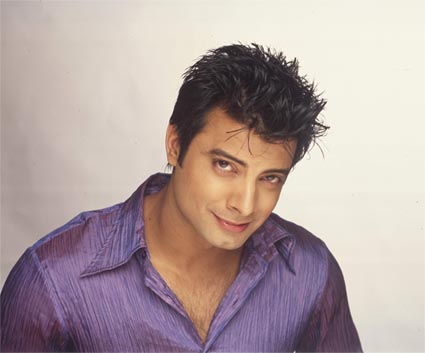 Rahul Bhat is your original superstar of television with his immense fame in several acclaimed serials like HEENA. An actor, producer, director, he does it all.

Born into a Kashmiri Pandit family, Rahul moved to Mumbai to fulfill his dreams in the nineties. Rahul started his career as a model and became India's top model overnight. His chiseled good looks, appeal and charm won the fashion world very quickly and he climbed the ranks to be the most sort after male model for ramp. He won the "FACE OF THE YEAR" (Mr. Photogenic) award in 1998. He has modeled for all top designers of India,Manish Malhotra, JJ Vallaya, Vikram Phadnis, to name a few. He has launched several brands like Ponds, Breeze soap, Sprite, Newport jeans, etc. While continuing his work as India's supermodel, he was flooded with offers for film and television projects.

He played the role the lead male protegenist of Sameer on Sony TV HEENA. The the megahit tv series began to air in 1998 and ran for five seasons, finishing in 2003.

Under the banner of Filmtonic, Rahul Bhat has produced hit shows. As a producer, Rahul has been a very successful with his serials on DD1 and Zee TV - Meri Doli Tere Angana on Zee TV, Tum Dena Saath Mera and Chu Kar Mere Man Man Ko on DD1.

He has acted in films like - Yeh Mohabattein and NAYEE PADOSAN.

Currently Rahul Bhat is collaborating on various scripts as Filmtonic prepares to launch itself in the film world.