Human Rights Situation in Kashmir Through the eyes of a Painter

Kashmir which was once a shining example of peaceful co-existence 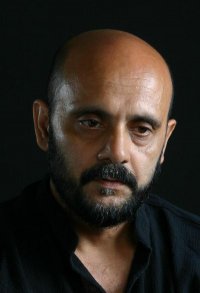 and had earned the fame as the very symbol of secularism in India has been rattled by the dark and evil forces of terrorist violence unleashed by the Islamic fundamentalists and mercenaries particularly against the indigenous minority community and also against other nationalist, liberal and secular groups. Entire Hindu Minority Community has been forced out of the Kashmir valley which has sought refuge in various parts of India to escape systematic targetted killings, assault on women and also to safeguard their faith, customs, heritage and liberal and secular ideology. The exodus of about three lakh Hindus and one lakh liberal Kashmiri Muslims to other parts of India has caused internal displacement and suffering of immense magnitude in India. This aspect of human rights situation in Kashmir has been generally ignored by the media especially by various Human Rights bodies and related institutions.

This suffering is evidenced by the uprooting of the indigenous minority community with its 5000 years old history and ethno-cultural heritage from their land of birth and subsequent traumatic experiences of rootlessness and denial of basic rights to food, shelter, education and employment. To make matters worse, the unabated spree of plunder, arson and destruction of moveable and immoveable properties left behind by the displaced Kashmiri Hindu minority, by the Islamist militants and foreign mercenaries in Kashmir, is designed to deprive the affected people from their right to go 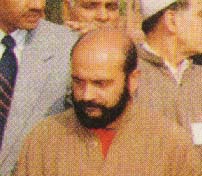 back to their home land, as and when normalcy is restored. What is a matter of concern is that the human rights bodies both within and outside India have hardly aired their voice over the sufferings of the displaced persons from Kashmir. This is despite the availability of unimpeachable evidence that the present turmoil in the valley of Kashmir is the result of terrorist activities being organized, instigated and operated from across the border. It is high time that Kashmir's gory experience of terrorism and militarisation of Islam is exposed in its true dimensions so that this menace does not recur in other areas in the world.

Ever since the Kashmiri Hindu and secular minded people were displaced from the valley, they have been struggling hard to survive with dignity in extreme conditions. They are at their pains to preserve their ethno-cultural heritage, identity and secular ideals. Their painful and gruelling experience has in turn generated a hope that their struggle for survival would eventually yield the desired results. Among the several who are in this struggle for survival, Veer Munshi is the name of a painter in exile from Kashmir valley who puts his pain to canvas.

An artist like Veer Munshi is one of the few painters in India who is able to well transform his experiences in Kashmir into the language of painting. In his paintings, one can easily find out the artist's expression of human rights violations in Kashmir. If anyone ever believed that the importance of a painting lay in its viewing pleasure, Veer Munshi has proved them wrong. His work is a reaction to a deeply felt and experienced political situation i.e. being a "refugee" (displaced person) from Kashmir and is a real depiction of the private and collective anguish borne of separation from his home and Kashmiri heritage and life style. In fact his paintings are a frightening record of the beasts men have reduced themselves to and certainly his work is not a domestic matter because the connections are with our own fate. 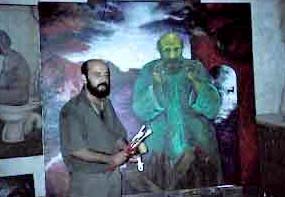 Veer Munshi is not only a painter in exile from the valley of Kashmir, but the trials and tribulations of his struggle for survival have themselves served as an artist's testimony in time. Veer's large canvasses tug at the heart with the soulsearing acts of his imagination telescoping the images of agony, the mortifying travail and chaos into rhythms of life that were traditionally known for amity and harmony, softness, peace and unity. These life rhythms had evolved from nature's own singular moves in the valley. These exertions of nature have left their own imprint on human forms of expression all along from spirituality to philosophy that emanated in the valley since earliest times reconciling Shaivism and Buddhism and later on, in their renewed images, Hinduism and Islam with their distinctive flavours of Kashmir Shaivism and Kashmiri Rishism, both deriving strengths from Kashmir's own experience of life.

Though all this is true, but the current phase is just one such chunk of unfortunate times not without clear indications that the balance, under the pressure of nature's own necessities, must get restored. Thc sensitive have felt it right from the beginning of the current sentiment in a sort of muffled language. And the artist like Veer Munshi is one of the few painters on the Indian scene with actual terror in his heart. The power of Munshi's realistic approach is magnified by his ability to convey mood through composition and corresponding use of colour. Shades of red, orange and lush green swap their typical cherry roles for much harsher, grimmer ones, as in Mukhbir. In Hostages, for example, a vulture sits, leaning forward waiting to feast on a helpless victim. Below it a captor is poised in much the same fashion. So is the case in Satanic Call, Moods of the Valley, Tribute to White collar worker. Voice seems to be chocked in 'Cry of a Mountain' one of the charcoal drawings.

Despite the slash of the primaries and the virulence of the purples, his canvases have a serenity which is born from the intrinsic pacifism of his nature. With hollow eyes and abjectly submissive postures, they seem to be in a situation of momentary statis. The puppet master, an image which recurs again and again, the hands manipulating the strings of destruction, is seen in the painting Where do Strings lead? The puppet master who interestingly looks like Veer Munshi himself is clothed in green and stands against the fallen arches of destroyed doorways, against the snaking road leading to a nowhere land with only a stray dog in the distance, while an old person in the foreground raises a questioning finger. In another frame, a green woman her nakedness depicting her shame, is valified and isolated. Similar kind appears in Horizontal Syntax. Asleep in a dream world, where the grass is still green and there is a horizon of dreams to visit the cloth covering her, though, takes on ominousness of a shroud.

Veer's canvases present images which are intriguing. They cross average notions of reality and pass into a surreal realm. Veer Munshi has not only painted his own experiences of Islamic fundamentalist and terrorist forces in Kashmir, but has done a yeoman service to depict the overall human rights situation in Kashmir through his paintings.

Reproduced from: Bulletin of Himalayan Research and Cultural Foundation Vol. 1, No. 1, Spring 1996