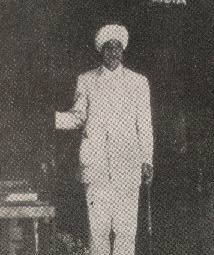 Master  Samsar Chand Kaul (1883-1977) was a renowned educationist, ornithologist and environmentalist of his time, when subjects like bird watching and study at natural history was unknown in Kashmir. By profession, he was a teacher in the then C. M. S. School at Fateh Kadal, later Central High School, Srinagar, continuously for 65 years and developed interest among the students in the natural history around; besides teaching of his usual academic subjects. His keenness in inculcating aptitude among the students towards glorious and everlastting surroundings of mountains, birds, flowers and forests was appreciated by the then British Principal of the School, Mr. C.E. Tyndale Biscoe, who, while writing a foreword to Master Samsar Chand's book "Beautiful Valley of Kashmir & Ladakh", wrote as under:

"I am most grateful to Samsar Chand for having taught his boys to love birds through his teaching of natural history".

His teaching career in the C.M.S. School, was of highest educational order. During his long span of teaching career, he travelled to every nook and corner of the Valley along with the students, both native as well as foreign, and his colleagues. He scaled several mountain peaks of Pir Panchal range like Mahadev, Hurmokh and Kolahoi and undertook trekking high-altitude lakes like Tarsar, Marsar, Gangabal, Kolsar, Vishnu Sar, Kausar Nag, Sheeshram Nag, Har Nag Valley and Kolahoi glacier, Har Bhagwan glacier, Thajwas glacier, Botkul glacier and Harmokh glacier, meadows like Toseh Maidan, Bungus, Allapathar, Jamia Galli, Beasam Galli, Gureiz Valley, stepped over boulders and rocks with the students.

This close and practical encounter with nature, in calm and tranquil atmosphere, provided him with ample opportunities to study, to know and to probe into the history of nature and its geographical transformation, which he happily shared with the students accompanying him in these adventures. As a teacher, he had developed his own methods of imparting education. Even on mountains, hills and meadows, he would explain to his students on the spot the forms of fossils and their formation, he would show the various types of rocks which he came across during trekking or at camping sites. In forest areas, he helped the students to identify various kinds of trees by the shape of their leaves and taught them how to calculate the age of the trees by the number of annual tissue rings in the trunks. 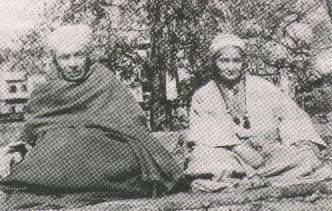 His principal area of interest was ornithology, which needed immense patience and perseverance. While on a picnic or in a summer camp among the pine and fir trees in the Valley, he would devote most of his time in watching birds, their little ones, their art of making nests and their melodious notes. He had acquired, with the passage of time, experience to imitate their chirping. For bird watching, he had selected a few places in the Valley where he invariably preferred to go in seasons. These places were Hokursar, Anchar Lake, Feroze Nalla (Tangmarg), vegetative strips of floating gardens in Dal Lake, islets of dense willows and poplar trees - where birds of all varieties, migratory and local, were conspicuous by their presence. He would spend hours there with a binocular to take close views of birds in their nests or on branches of trees and would immediately jot down his observations in a note-book. Many bird watchers of world tame, like late Saleem Ali from Bombay, joined him in such experimentation in Anchar Lake as well as in Dal Lake. Bird watching became his regular activity and he kept his eyes open for birds in high-altitude meadows and mountains during trekking. In mountain ranges, he came across Himalayan black bulbul, Himalayan whistling thrust, Woodpecker, hoopoes, kingfisher, jungle crow, sandpiper, turtle doves, red-bowed finch, Himalayan brown dippler, Indian bushchat, blue headed rock thrush, Stoliczka mountain finch and mounttain pigeons.

Master Samsar Chand had a flair for studying wild flowers, plants and mountain herbs which he found during his trekking in meadows and pastures in the mountainous ranges of Kashmir. He made it a point to collect samples of these wild flowers, herbs and plants, and would carefully preserve them in between the leaves of his diary in a scientific manner till his return to his residence. These plants were later studied with the help of expert professors of Botany. This way he was able to identify many plants, flowers and herbs during his trekking and would inspire his students to explore and admire the floral beauty. His collections included flowers like Marino Longifolo, Morino Couterians, Dotentillo, Anemone Tetrascaple, Primula Reptans, Primula Rosea, fund Aquilegia Jueunda, Carydalis Cashemirians, Astra Falconeri and herbs like Indigoffera Lereantha, Sassurealappa, Artemisia, Salviashien which were located in clusters on the high mountain ridges. These herbal plants were preserved by him in grass-made baskets at his home and were gradually used for curing of joint pains, skin diseases, cold and cough, etc.

With the passage of time, he developed acute interest for the collection of so-called natural treasures and made numberless visits to the remotest and inaccessible areas of the Valley and collected a huge quantity of flowers, herbs, fossil rocks, lime stone, drift roots, plant leaves, hydro plants of lakes, bird nests, egg shells of birds and feathers which were preserved in a systematic manned in cupboards in the school museum called Kobutar Khana. It was the room where he taught geography. The room had been converted into a full-fledged natural history room. The ceiling of Kobutar Khana was covered with large-sized paper with stars, galaxies, planets, moon and constellations printed on its sky-blue back- ground, which gave the impression at a starry sky. Models of British ships like Drudkot and Titanic were also kept in the museum.

A part of his collections wars meticulously maintained by him in large-sized albums at his residence in Motiyar, Rainawari. Their characteristics, date and place of procurement were skillfully and neatly written below each sample. While skipping over the pages of these albums, one would get so captivated, as if one was actually loitering in the high mountains of Kashmir. He would often take foreign friends and his acquaintances around the school to show them the museum developed and maintained by him. Many foreign guests were deeply impressed by his work and honoured him by nominating him as a member of National Geographical Society, Washington, Royal Geographical Society, Canada, and Society of World Watchers, England, in late 1950s. His dedication and sincerity towards his school and its students was so much that he would pass on gift cheques, whenever received from foreigners, to the school account for the welfare and upkeep of the School.

With such rich experience of natural history and sound background of the areas he travelled and trekked with students and foreign nationals, he presented an extensive vivid narration in lucid and facile language in his most delightful books: "Beautiful Valley of Kashmir & Ladakh", "Birds of Kashmir" and "Srinagar & Its Environ in 1940s."

He became an authority on birds of the Valley and was often called for programmes on birds by Radio Kashmir, when Mr. P. C. Chatterjee was the Station Director, AIR Kashmir, from 1955 onwards. He delivered many talks on birds to foreign tourist groups. His contribution in cultivating a habit among boys for natural history and to develop a sense of appreciation for beauty around them, earned him a foreign travel across the Bay of Bengal to Burma in 1935 at the expanses of the school. His students understood the pains and feelings of caged birds and dressed the wounds and balmed the wounds of the birds and animals found on the wayside.

Another glorious suspect of his personality was his deep involvement in spiritual pursuits. Compassion and humanism were his hallmarks. He had imbibed the traits of the missionary zeal by remaining hand in glove with British people like late Mr. Tyndale Biscoe, pioneer of education in Kashmir; his son, Mr. Eric Biscoe; the late Col. A.E. Ward, the late Jacob Sahib, Rev. R.D. Thompson; Dr. Smyth Morris; Mr. B.D. Coventry, then Chief Conservator of Forests and many others who visited Kashmir in the pre-independettce period. He taught innumerable poor boys and educated them without any kind of remuneration in return and took to such selfless path to satisfy his own inner conscience.

Besides being a scholar of Kashmir Shaivism, Master Samsar Chand was a noble soul totally devoted to God. Parikrama of Hariparbat, followed by prayer and meditation, were regular features of his daily life till his lost breath. In the family, he guided his grandchildren in learning Sanskrit mantras from the scriptures before going to bed and entertained them with stories from Bible, Hindu religious scriptures and some interesting gleanings from Rajtarangini or from Kashmir history, particularly of Pathan rule which was dotted with clumsy whims and fancies of Pathan Governors in the Valley.

He had wonderful aesthetic tastes to enjoy life. In summer vacation, when his school was closed, he would plan programmes for outings along with his wife and grandson. Visiting Khirbhawani was generally preferred because of its being a secluded area with spiritual grace and cool atmosphere of Chinar trees. Here he found harmony and peace for his spiritual exercises. Sometimes he also visited health resorts like Achabal, Anantnag, Gautam Nag, Nag Dandi and areas of old monument sites like Kothyar Won, Parihaspore and Martand. He believed that God was within one's self and did not feel the need to roam about on pilgrimages in search of God. In 1965, he went to Rishikesh, where he attended the discourse of Swami Mahesh Yogi on Vedanta. While listening to the discourse, he stood up and sought Swamiji's permission to recite a "shloka" from Utpalastutraveli, a book on Kashmir Shaivism. Hailing Masterji's knowledge of Shaivism, Swami Mahesh elucidated the aspect of Kashmir Shaivism in detail to the gathering of Indian and foreigners there. Though being a student with Persian-Urdu background in his graduation, yet Masterji had developed great acumen for scientific knowledge and natural history. He was also well versed in religious philosophies and an exponent of Kashmir Shaivism. His urge to learn Sanskrit made him a disciple of learned Sanskrit teacher, late Shri Govind Joo Bhatt of Rainawari, and enthusiastically joined Gita classes on every Sunday at Vital Bhairav Temple. Practical astronomy was his other field of study and observation.

Kashmir is endowed with lush green mountains, snow-capped peaks, grating rivlets, gushing streams, dense forests, cool breeze and a beautiful canopy of crystal blue sky. The sky during the cover of darkness appears like a vast umbrella studded with countless glittering diamonds. On such starry nights, Masterji used to point out various stars like Great Bear, Polar Star, Milky Way and other galaxies to his students while campings at Gangabal, Sonamarg or Gulmarg and wold narrate details about these planets to students.

Despite having attained expertise and excellence in ornithology, Master Samsar Chand Koul could not get due recognition either from J&K Government or from the Centre. Leading political men and personalities of the state, like late Bakshi Ghulam Mohd., G. M. Sadiq, Agha Showkat, former diplomat in Pakistan, Agha Ashraf, P. N. Jalali, Bashir Bakshi, Dr. Nassir Shah, late Prof. M. S. Want and Prof. Ansari were some of his distinguished students in C.M.S. School.

However, the British Government favoured him with the honour of a small war pension; but in the state where he gave wider dimension to the education of the students, he passed away in oblivion. 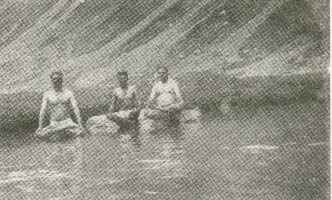