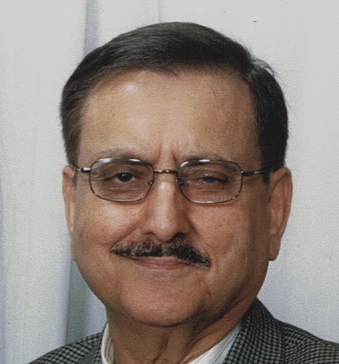 Functioned as Principal Institute of Music and Fine Arts Srinagar and Jammu, the two premier art institutions of the state for over 25 years.

Functioned as an expert on several panels for recruitment of Staff Artiste and Composers in Radio/Doordarshan and Lecturers/Professors in various statutory universities of the country.

Recorded an E.P disc as Composer, in Calcutta in 1978, featuring Shamim Dev Azad, an acclaimed singer of J&K State.

Represented J&K State in various Interstate cultural exchanges programmed at Delhi, Patna, Lucknow, Hydrabad and West Bengal. Composed and directed all music concerts during these programmes which were witnessed among others by the Chief Ministers of these states and Prime Minister and President of the country.

Led a cultural delegation of the state of J&K to Venezuela, Trinidad & Tobago, West Indies and U.S.A in 1983 sponsored by Indian Council for Cultural Relations and Trade Fair Authority in India. Composed and directed all the musical concerts during the tour witnessed among others by the Presidents of Venezuela, Trinidad and other dignitaries in the U.S.A.

Presently devoting major time and attention in training young budding Vocalists in Hindustani Classical music in tradional "Guru Shishya Parampara" at Jammu in order to give a boost to the dying popularity of this great art form of the state.