Hanuman, the great monkey hero, also called Maruti, assists Rama in his battle with Ravana to rescue Sita, who had been kidnapped by Ravana. Hanuman symbolizes the qualities of an ideal devotee of God, which can be represented by the letters of his name, as follows:

After his coronation, following victory in the battle with Ravana, Rama distributed gifts to all those who had assisted him in his battle with Ravana. Turning towards Hanuman, Rama said, "There is nothing I can give you that would match the service you have rendered to me. All I can do is to give you my own self." Upon hearing these words, Hanuman stood by Rama, in all humility, with hands joined together in front of his (Hanuman's) mouth, and head slightly bent in the pose of service for Rama. To this day, this picture of Hanuman, as a humble devotee of the Lord, is the most popular among the admirers and worshippers of Hanuman.

The worship of Hanuman, therefore, symbolizes the worship of the Supreme Lord, for acquiring knowledge, physical and mental strength, truthfulness, sincerity, selflessness, humility, loyalty, and profound devotion to the Lord. 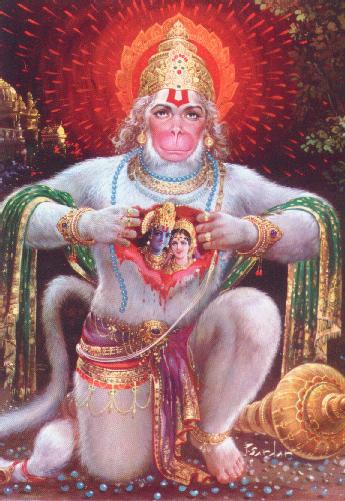 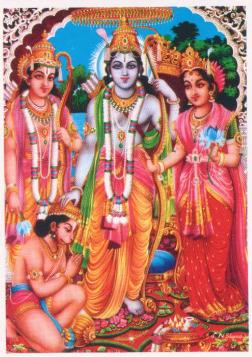 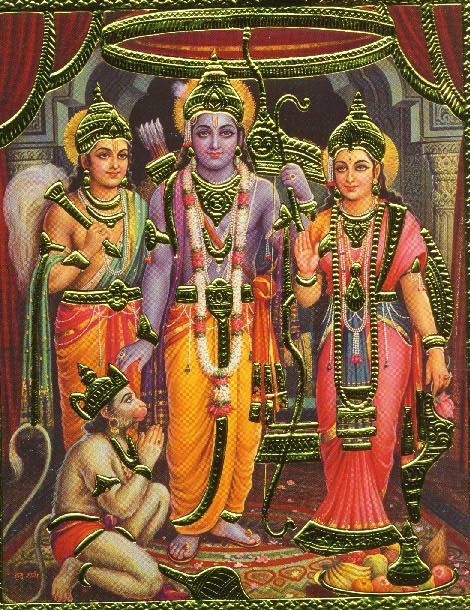