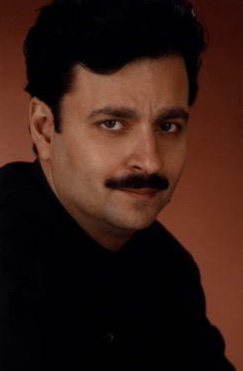 Brand Promotion: He has been actively engaged in brand promotions and execution of various product launches, with experience in the field of software production for multi-media applications. Additionally, he has been involved in the export of entertainment software to various countries across the world including the USA.

Instrumental in corporate image building and promotions for public and private sector companies, his clients include: NTPC, BHEL, MMTC and STC to name a few.

Theater: For many years, he has been actively involved in theatre productions for private and government entities. One of his hit productions - Yeh Hai Mumbai Meri. Jaan Premeired in the U.K.

Live recordings: Known for his high quality live recordings, he has recorded a veritable Whos Who of artists including: Pt. Ravi Shankar and his orchestra for the Festival of France in India, Pt. Hariprasad Chaurasia, Pt. Bhim Sen Joshi, Pt. Birju Maharaj, Pt. Kelucharan Mahapatra, Ustad Amjad Ali Khan and Pt. Shiv Kumar Sharma among others.

Original Albums: Wattal has composed, directed and produced 73 albums in a span of six years out of which fifteen went platinum. These have included everything from Punjabi bhangra, Rajasthani folk, Christmas carols, Sufiana repertoire and ghazals, to a pop album in Tamil. As a result, some of today's best-known Indi-pop superstars like Baba Sehgal, Daler Mehndi, Shweta Shetty, Hans Raj Hans and Shubha Mudgal, to name a few, were launched.