M. K. Raina graduated from National School of Drama in 1970 with Best actor 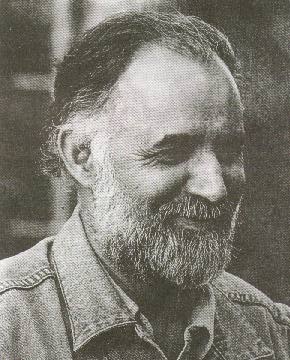 award. Since 1972 he has been freelance theatre worker and film person, working all over India in many languages and with many traditional forms.

His association with the rural and urban theatre across the country has developed into a unique style, where both forms blend together and yet are rich with contemporary meaning and significance.

As an actor, he has worked in more than a hundred plays. He has directed several memorable productions like Kabira Khada Bazar Mein, Karmawali, Lower Depths, Pari Kukh, Kabhi Na Chooden Khet and The Mother; Andha Yug, which he directed was performed in Berlin and the Festival of India in the USSR. He also produced Jasma Odan at Hawaii University in 1986. Shri Raina has conducted many theatre workshops and acted and directed in a number of feature films including 27 down, Satah Se Uthta Aadmi, Ek Ruka Hua Faisla, Tamas, Titli, Genisis, Tarang, Ankur Mayna Kabutar etc.

He has been making documentary films for many years. His latest documentary Sacred Dances at Hemis Festival has been made for Indira Gandhi National Centre for Arts.

He has been honoured with the Sanskriti Samman in 1980, the Sahitya Kala parishad Award in 1981, Best Director of the year by West Bengal Government 1982, the Best Director's award of Punjabi Akademi, Delhi in 1987.

Shri M.K. Raina received the Sangeet Natak Akademi award in 1995 and the Swarna Padak from Govt. of Jammu & Kashmir in 1996 for his contribution to Indian Theatre.

Besides bcing a practing actor/director in theatre and media, he is known also as a cultural activist.