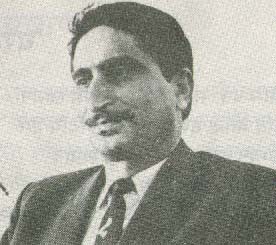 It would be hard to find a person of Kashmiri origin who is not familiar with the name of Pushkar Bhan. For Kashmiris in Kashmir, and all around the world, the genres of Humor-Laughter-Entertainment and Pushkar Bhan's name have become synonymous. For 3 consecutive years, the Srinagar Station of Akashvani broadcasted his Asun te Gindun (Laughter And Play) and Poshe Goindi (Bouquets of Flowers). Akashvani also broadcasted his socially conscious family show, Niza Sahebfor 9 years. Added to these were the 11 years of the most popular show Zoon Dab(The Moon Oriele), broadcasted daily at 11:00 a.m. for 6 days a week for 8 years. This Serial became known throughout the world as the Most Outstanding Serial.  It addressed, and resolved in its own terms, many social and economic issues of the time. In1974, Pushkar Bhan was awarded the coveted Padamshree Prize for his script writing of all episodes of Zoon Dab and forplaying the role of the main character, Mama.

Endowed with a charismatic personality, Pushkar Bhan was born in Srinagar in 1926. Right from his childhood, he demonstrated interest in becoming a playwright and an actor. After receiving his Bachelor's degree in 1947, the year of India's independence from British rule, Pushkar Bhan became associated with the Cultural Forum of the National Cultural Front, and, in this capacity, acquired unprecedented acclaim under the leadership of Dinanath Nadim, the foremost luminary of new cultural awareness in Kashmir. Pushkar's plays, Lalkar (in Urdu) and his Ya Tan Ya Tadakh received captive public attention. His acting roles in Nadim's Bombur Yamburzol, also in Shahid Sherwani and Yeh Kashmir Hai, and many others, won high praise from audiences everywhere.In 1956, a special performance of Bomber Yamburzol was staged in Srinagar's Needoz Hotel when the special guest was none other than the then Prime Minister of Russia, Kruschov. So mesmerizing was Pushkar's unparalleled playing of the lead role of Harud (Sharat), that Kruschov stepped onto the stage to offer his personal greetings to Pushkar Bhan. 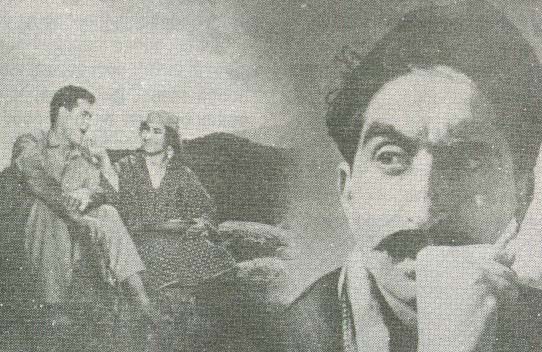 Due to financial difficulties in 1949, Pushkar decided to move to Mumbai where he found a petty job at Modern Mills Limited. In spite of a daily work schedule, he did not stay away from his first love, acting. He earned a living and linked himself up with the Indian People's Theater Association (I.P.T.A). After a day's job at the Mills, he would work at the IPTA. In two months he was elected representative of the Urdu section of this multi-lingual Institution. Unfortunately, in 1953 some domestic troubles back home in Kashmir forced him to return to Srinagar, and leave Mumbai.

Once back in Srinagar, he was hired by the Akashvani Station of Kashmir, Srinagar, at daily wages, with a remuneration of Rs.2:50 per day. He reacted to this set back as if it was a gift, or a challenge, rather than a curse. Having reached this point, Pushkar never looked back. Instead, he continually moved forward and by 1985 he was promoted to the position of Senior Producer. Due to his outstanding achievements and successes, he was appointed as Producer Emeritus in 1988-1991.

In addition to the Padamshree award in 1974, Pushkar won other notable awards, Sahitya Akademy Award in 1976, NEETA (I.C.C.E) in 1985. Jammu and Kashmir State's Academy of Art and Literature honored Pushkar Bhan with awards for his plays Chapath (Thapad or The Slap), Nev Nosh (Nai Bahu or The New Daughter-in-Law), and Bhavya Purvabhyas (The Grand Rehearsal). In addition, he has had the distinction of winning the Sadiq Memorial Award for Best Actor and Best Playwright.

Pushkar Bhan's distinctive and undying fame rests on the lead roles he played inMyanzirath and Shayire-Azam Mahjoor. In the second of these two major films, Pushkar had the distinction of working with famous Indian actors like Balraj Sahni and Parikshit Sahni. The film based on the life of the Kashmiri poet, Mahjoor, won the President of India's Gold Medal for its excellence. 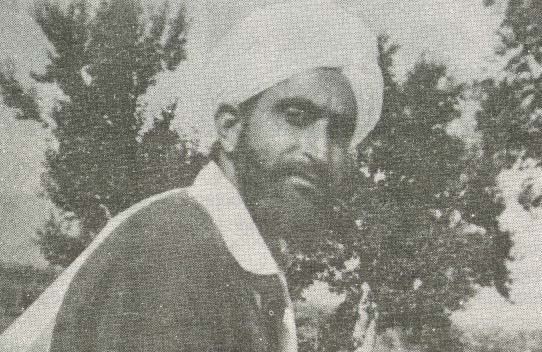 After his retirement from government jobs, and acting, Pushakar took up writing as a dedicated pursuit rather than a post retirement hobby. His writings have continuously appeared in various journals such as Inklab (The Revolution),Aieena (The Mirror), both published in Mumbai, as well as Sheeraza and Kongposh, published in Jammu and Kashmir.

Pushkar Bhan's contributions to the genres of Satire and Humor in Kashmiri Prose Literature are immense. Not only did he originate and develop these genres in Kashmiri Language (Oral and Written), he elevated these genres to the standards of universal excellence.

His work,Machama, which won a Literary Award from the Sahitya Akademy, has been the source of 73 plays broadcasted from the Akashvani Radio's Srinagar Channel. In this highly popular Series, the main character role of Machama was played by Pushkar Bhan himself.

Another important work, Sanya Bacha (Our Children), won an award by NEETA. This work makes a significant contribution to knowledge about how Radio Broadcast Programs can aid in the education, entertainment, and learning of children.

When the first Television Broadcasting Channel was established in Srinagar, Pushkar Bhan gained immense popularity among viewers for his Laughter-Satire series, Doctor Zero. His play, Inklab, received high acclaim when it was televised by the Patna Channel.

Subsequent to his departure from Srinagar (Kashmir), Pushkar Bhan lives now with his son in Patna (Bihar). In his exile, he has already written more than 30 episodes of Rangan Hyendi Rang (The Color of Many Colors), televised by the Srinagar Channel as a Serial Drama.

May Baba Amarnath grant good health to this most cherished treasure of Kashmir, Pushkar Bhan. May he live well and for an eternity give us the inspiration (to live and to work). 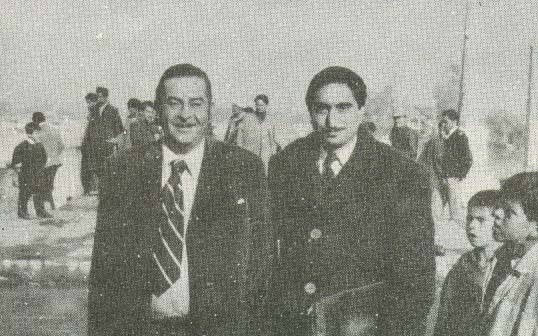 JAMMU, Oct 6: Legendary radio personality, writer and actor Pushkar Bhan passed away in Delhi last night. He had been ailing for the past one month and was admitted in the ICU of Rockland Hospital in New Delhi when the end came.