Mahjoor wrote poems of freedom and progress in Kashmiri. These songs awakened the sleeping Kashmiris. He came with a new voice and a new (literary) form.

Mahjoor was a poet of love and communal harmony. In his earlier days, he used to write only love poetry, but (later) he also wrote forceful poems about freedom.

Mahjoor's real name was Ghulam Ahmad. But as a poet, he adopted the pen 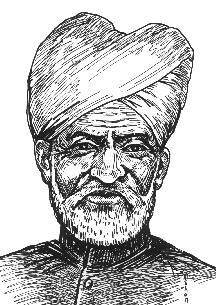 name 'Mahjoor'. He was born in eighteen hundred and eighty-five in Metragam. He has written poetry in Persian and Urdu as well.

Mahjoor worked as a patwa:ri: (pathva:r') in Kashmir. Along with his official duties, he used to write poetry in Kashmiri. Mahjoor had his first Kashmiri poem published in 1918. After this, he composed poetry only in Kashmiri. His songs became very popular. He wrote on such topics as love, communal harmony, and social reform, and also wrote on the plight of the Kashmiris. He wrote about youth, the flowers of Nishat Garden, a peasant girl, a gardener, the golden oriole, and a Free Kashmir. At that time, such songs were unknown in Kashmiri poetry. It was Mahjoor who gave these to us.

Mahjoor was sixty-seven years old when he passed away in 1952. The death of Mahjoor was a great loss to both the Kashmiri language and (Kashmiri) poetry. But, Mahjoor's songs are still on the lips of every Kashmiri. Through these songs, his name will live forever.

Come, O Gardener! Come to create the glory of a new spring. A spring in which the gul will bloom, the bulbul will sing.

The garden is desolate; the dew is mourning. And the gul in torn robes looks perplexed.

Come, O Gardener! To rekindle the gul To rejuvenate the bulbul.

Come, O Gardener! Weed out the nettle from the flower-beds And look at row after row of hyacinth, Come and make a smiling garden.

Who can free a captive bird mourning in his cage? You must bring your own freedom, O, Gardner!

Wake up, O Gardener, to realize that power and riches. Comfort and kingship, all these are at your feet only after you realize yourself; O Gardener! 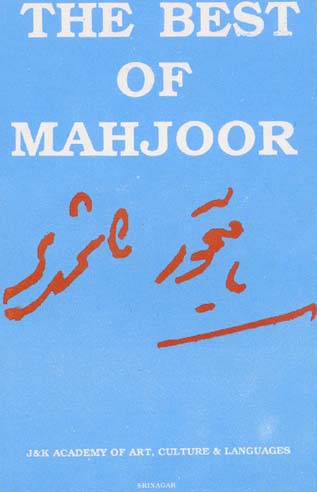