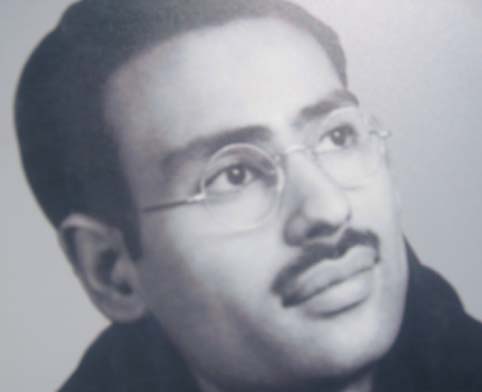 Pt. Prem Nath Premi, a well known writer of Kashmir, was born in Srinagar on 29th September, 1929 to a family of humble means. He had a strong urge to study which enabled him to obtain Master's degree in several subjects. He was a linguist, having excellent command over many languages like English, Hindi, Urdu, Sanskrit and Persian - in addition to his mother-tongue Kashmiri. As a result, his writings (prose as well as poetry) are available in many languages. Besides, he also had the knack of expressing his feelings through brushstrokes of colour on canvass. Even today some of his paintings adorn the walls of schools/buildings in which he worked as an illustrious educationist.

Sh. Premi started writing regularly from the age of fifteen. He began his literary journey by writing Urdu poetry, followed by a foray into Kashmiri - his mother tongue. It was not long before he joined the ranks of frontline Kashmiri writers, as a result of which he was chosen as one of the poets for study in the curriculum of Kashmiri language courses run by Kashmir University. His forte is poetry, which can be divided into Serious, Satiricaland Lyrical poems. His lyrics are simple, sweet and full of melody, which can be further divided into romantic Ghazals and devotional Leelas. Many of his lyrics were put to tune by Radio Kashmir, while some of his Leelas like SUR-MATI SARF-GOSANE are sung in religious congregations. Not only that, some of his lyrics virtually attained the status of folk songs right in his lifetime. Songs like WATHI YAMBERZAL, THAL RUVEE LATIYE and NEND KARNE NEROO KASHKARO are sung by farmers while working in their paddy fields.

"An outstanding feature of Premi Ji's poetry is that his voice is the voice of a commoner-an ordinary farmer or worker. When a majority of Kashmiri poets switched over to AZAD-NAZM (Free Verse), inspired by Western trends - Premi Ji stuck to his guns and continued to write in his inimitable style. His lyrics have the style of folk-songs. In fact, he attempted to maintain the form of folk-songs while, at the same time, adding the vibrant colours of life to the same - and he did succeed in his efforts to a great extent. This peculiarity segregates him from the rest of the lot and gives him a distinct place of honour. It is by no means an easy job to attain such distinction by adopting folk-style. Many a mighty warrior lick dust while attempting to do so. But Premi ji was neither disillusioned nor did he stumble at any time during his soujorn. Premi ji filled our literary coffers not only withSerious literature, but also with Humorous and Satirical writings. His satire is healthy and heart-warming. This (satire) unveils the ugly and dark face of the society and reveals ironies of life to us."

"Premi belongs to a class of writers that believes in the chastity language, sincerity of purpose and (above all) a charming depiction of human emotions and ambitions."

In addition to writing , Premi ji took an active part in the propagation of literature in the valley. He was actively associated with a number of literary and socio-cultural organizations. He received accolades/awards for his creativity and organizational work from various institutions and organizations within and outside the valley. After retiring from service, he settled at Faridabad (near Delhi). He continued his activities here as well. During this period his Epic in Hindi, namely PRAYASCHIT, was published - courtesy Haryana Sahitya Academy, which was well received in literary circles. This Epic is  a mirror of his social and spiritual leanings and ideology. It was a sad day on the horizon of Kashmiri literature when, on 19th October, 2000 this illustrious man of letters breathed his last in his adopted abode.