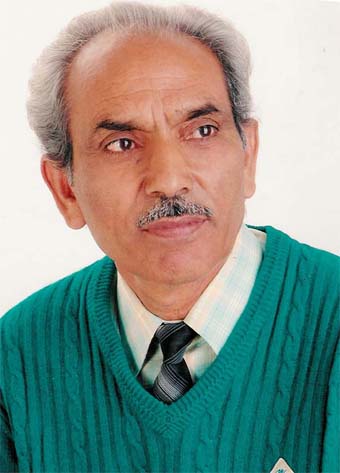 Prem Nath Shad writes ghazals, nazms, vatsuns, bhajans, marsias, naat, poems for children, essays and translations. He is an approved poet by All India Radio (Radio Kashmir) and Doordarshan. His poems are published in the journals and newspapers named below :

Shad started writing poems when he was in school. He has the privilege of having remained in the association of poets listed below:

His ghazals and bhajans have been sung by the renowned TV and Radio artistes. The CDs of his songs and Bhajans are readily available in the market. The CDs released are Sai Sund Darbar, Vandana, Hari om Tatsat, Veneposh, Zeethyar Zishta, Vole wasaw Ganpatyar Mouj, Shiv Aradhana.

The following singers have sung his Poems and Bhajans:

A Collection of Kashmiri Bhajans >>>