The book provides a comprehensive account of the history and heritage of the Hindu shrines and tirthas in Kashmir, the tradition and legend associated with them and the spiritual experience they symbolize.

The book is the first complete study of the sociology of the Hindu religious culture of Kashmir and provides a description of the ancient Hindu temples, mostly lying in ruins, shrines and tirthas and the places of pilgrimage, the cave temples, temples built in and around springs and temples in general, besides, shrines dedicated to the worship of Bhavani—the Mother Goddess.

The book is based upon source materials drawn from mahatamayas of the Hindu shrines, scriptural notices, legend and tradition. The English version of several mahatamayas and legends and extracts of scriptural notices are included in the foot-notes and appendix of the book for ready reference.

Kashmir formed a part of the complex of cultures, which grew in the north of India from their harappan begingings. An attempt has been made to place the history of the Hindu tirthas in the broad context of the Hindu religious culture of India.

A Review by T.N. Dhar ‘Kundan' 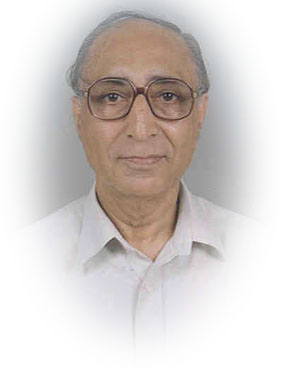 At the outset I must congratulate Shri Gadoo for writing this book so painstakingly after a good lot of research. He has dedicated it to his late father Shri Janki Nath Gadoo and rightly so because heritage and history belongs to our fathers and forefathers. The book has a very well written and analytical foreword by our eminent historian, thinker and writer Shri M.K.Teng. The shrines described in the book have been appropriately grouped under various categories, stone temples, spring temples and cave temples. These have been described in great detail, giving an account of their architecture, location, historical background and the legends attached to them. These descriptions have taken into account minutest details that have gone collectively into giving an idea of the architectural grandeur, cultural importance and the religious sanctity of the shrine concerned. Innumerable sources have been tapped by the author to trace the history of every shrine mentioning the king by whom or in whose regime the temple was established and the deities who have adorned their sanctum sanctorum. This extract will amply prove what has been stated above:

“Ancient stone temples of Kashmir are either square or oblong, subdivided into closed or open types. The doorways are everywhere rectangular and Brahmanical temples face in all directions. However, they bear a unique feature in having the water spout, without exception, to the left of the image. The temple walls are profusely carved. The basements of these temples consist of single or double platform, thus giving a single or double passage for circumambulating.” “Pandit Sona Lal Thusu, who was originally a resident of the village Liddarwan, established a shop in Shardi village in 1922. Sona Lal was witness to the annual pilgrimage to the Sarada temple…. He has given a full description of the visit of Kashmiri saint Mathura Devi, who visited Sarada shrine in 1933……”

The book has convincingly argued that the Hindu temples are not merely prayer houses but seats of learning and culture where one experiences the presence of the Absolute and embarks on an exercise to know Him. There are certain ancient Sanskrit texts still extant, which throw light on the origin, history and the religious importance of the holy river Vitasta, as also the shrines at Tulamula, Amarnath, Sharada, Koti Tirtha etc. These are called Mahatamyas. The learned writer has drawn extensively from these sources to establish the relative importance of each one of these shrines and their pristine glory. There is a separate chapter on the legendary river, Saraswati, on the banks of which the civilization of Kashmiri Pandits is deemed to have flourished because of which we are known as Saarswat Brahmins. While it is widely believed that the river, which existed in Vedic times and later, no longer exists and must have either dried up or got merged with some other major rive, I am of the opinion that a serious thought should be given to the possibility of the river Saraswati and the river in Afghanistan called Harakeeti being one and the same. We know Gandhar (modern Kandahar) has been closely linked with India and we also know that Dewan Nand Ram of Kashmir was the governor of Afghanistan. We also know that the tribes on the Indian side were called gana and on the other side apa-gana, whereby the name Apaganasthan (Afghanistan).

The chapter on destruction of temples is very poignant and painful. It details the events that took place from time to time in Kashmir, which led to the destruction and desecration of Hindu temples, shrines and places of worship, followed by persecution and forcible conversion. This has happened in the period of Mughals, Pathans, Shahmiris, Chaks and others. So much so that desecration of temples and usurpation of the temple land and property took place even in the post independence period. This chapter highlights the pain and plight of Kashmiri Hindus and their suffering from time to time, physically, mentally and emotionally. These details have chronicled the darkest chapters of the history of Kashmir. The author has given vent to his own deep rooted feelings and his concern for the plight of the society to which he belongs.

The book has a wide coverage of all types of temples and shrines dedicated to Shiva, Vishnu and His various incarnations and Shakti in Her different forms of Laxmi, Kali, Durga etc. The age-old tradition of Kashmir of having allegiance to specific form of Shakti, called Kula Devi or family goddess has also been described in this book purposefully and authentically. This highlights the practice of Shakti worship that has been prevalent in this part of the country since ages. Although it is said that Brahma, the creator is not worshipped as such, (there is only one temple dedicated to Brahma at Pushkar in Rajasthan), the learned writer has traced some information about the temple dedicated to Brahma, the creator as well.

A very important under current in the entire book is to establish the historic fact that Kashmir has been religiously, culturally and traditionally a part of this vast country Bharatvarsha where God is worshipped in His various forms of Brahma, the creator, Vishnu, the sustainer and Rudra, the destroyer; Vishnu in His various incarnations of Rama, Krishna etc, Shiva along with His consort; Shakti in Her different aspects of Parvati, Laxmi, Saraswati, Kali and the like. This link needs to be preserved and strengthened by reconstructing the damaged shrines, establishing them as seats of worship and culture and bringing back their lost glory. There is also a paramount need for our young researchers to carry on this study, which has so thoughtfully been inaugurated by Shri Gadoo, further to bring to light the hidden history and cultural importance of these temples and shrines, through an in-depth study of various ‘Mahatamyas’ and collateral evidence that may be available in different manuscripts still untraced and untapped.
Source: Spade a Spade, Feb 2012 issue, and Milchar, March-April 2012 issue