It is a pleasure to read Tamiri’s book on cultural developments in the Valley from the earliest times to our own day because it not only provides welcome relief from the recent spate of books on its politics but also gives valuable details about art and artists of the Valley. As a well made work, it painstakingly saves for posterity what could have been lost in the days to come.  At one point in the book Tamiri refers to an unfortunate fact of how several paintings of some of the artists mentioned in it were lost in Kashmir because of the trouble that erupted there in the early 1990s.  Perhaps taking a cue from this, he decided to use his time and energy to meet and talk to all those people who were associated with the life and work of painters and theatre personalities discussed in the book and use it as a basis for writing about them and assessing their varied contributions to the development of art and theatre in the Valley. Though the book is about the individual journey of Suraj Tiku, who occupies a distinguished place in the cultural upsurge that the Valley witnessed soon after 1947, Tamiri devotes its first part to the origins of art and theatre in the Valley and the achievement of Tiku’s guru, Kashi Nath Bhan, who spearheaded the resurgence of artistic activities in the Valley.  This puts the work of the later day painters and artists in their proper historical perspective.

Tamiri examines the tradition of painting in Kashmir from the days of Nilmat Puran to our own times, in which he discusses its main features, the influence of Gandharan and Gupta art and of Tibetan Mandalas on it, and the competence of Kashmiri painters in the art of velvet painting, samples of which were taken by Marco Polo to Europe.  He also writes that Kashmiri artists formed a prominent group during Mughal times and how because of the political conditions that followed their rule in Kashmir, many painters had to leave the Valley to enrich the art treasures of other states, such as Himachal Pradesh, Punjab, Rajasthan, and UP.  Tamiri writes about Kashmir’s miniature school of painting and also provides small sketches of the key figures from among the British and the locals, who dominated the artistic scene after nineteenth century—William Carpenter, William Simpson, Mary Blyth,  Florence Parbury, M N Dhar, Sat Lal Kampasi, Jagar Nath Mattoo, Jagar Nath Sapru, Shiv Nath Raina, Mohan Raina, Dina Nath Walli and many others—and documents how Sir Amar Singh Technical Institute, which was established in 1913, became the primary centre of art education in the Valley.

Tamiri traces the origins of theatrical activity in the Valley from the medieval times to our own, focusing on its early forms, like the Raas Mandalis, and the setting up of various theatre groups and their artists, and the establishment of the Song and Drama Division by the government to stimulate interest in theatrical activity. The last chapter in this section deals with Kashi Nath Bhan, in which Tamiri deals with his family antecedents and schooling, his professional activities in different parts of the Valley, and his lifelong involvement with stagecraft, acting, painting, and teaching.  The sheer amount of detail that we get in this chapter is quite astounding.

The chapters on Suraj Tiku provide a detailed account about his education in Srinagar, where after his matriculation he got a diploma in Fine Arts, his professional work outside the state, his return to the Valley, his work with the Song and Drama  Division, his displacement in 1990, and his death in 1997.  Tamiri discusses his skill as a painter of portraits, landscapes, miniatures, and his use of water colours and oil.  The chapters on his work on the stage deal with his creativity as a set designer, his passion for theatre, reflected in the roles that he played in numerous productions, and his comic skills.  His work in all the plays has been carefully documented and assessed with critical comments. Tamiri closes his book with a brief account of many other members of Tiku’s artistic family, some of whom are still active as theatre persons and painters.

Tamiri’s book is a piece of groundbreaking research. He has produced a well written account of art activity in the Valley, a large part of which is based on oral sources, particularly about Bhan and Tiku.  He has put together wealth of information about people, performances, paintings, and public reception to the work of painters and theatre persons, which, I am sure, will stimulate more work in these areas. The book also contains a large number of photographs, including some rare ones, of almost all the artists and theatre people and groups mentioned in it, and some known paintings of Suraj Tiku. The Foreword to the book by Prof. Ratan Parimoo, a known painter, researcher, and teacher, is a rich essay that provides interesting details about his association with the painters and stage people of his times, including Bhan and Suraj Tiku. He rightly commends Tamiri for the encyclopedic range of his work, which is also a “brilliant example of subaltern cultural history.”   Painting and Theatre in Kashmir has all the makings of a useful reference work on painting and theatre in Kashmir. 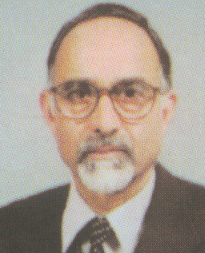 Tej N Dhar has held teaching positions in Universities of Kashmir, Himachal Pradesh, and Asmara, where he was also Dean of the Faculty of Arts. He has been UGC Junior Fellow at Banaras Hindu University, Varanasi, Fulbright Postdoctoral Fellow at the University of Southern California, Los Angeles, Fellow of the Indian Institute of Advanced Study, Shimla, and is currently Senior Fellow, Ministry of Culture, Government of India.  He has published over fifty critical essays in journals and anthologies in India and abroad in the areas of American literature, African literature, Indian English writing, Canadian fiction, Cultural and Postcolonial theory and practice.  He has edited more than ten books and also published History-Fiction Interface in Indian English Novel (Prestige and Sangam Books 1999) and Under the Shadow of Militancy: The Diary of an Unknown Kashmiri (Rupa 2002; rpt 2004).  He has also published more than two hundred book reviews in leading national dailies of the country, literary periodicals, and specialist review magazines.