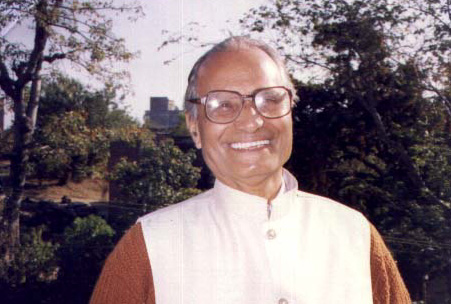 presents a very comprehensive account of the life and creativity of the 18th century Kashmiri love – poetess Arnimaal in the book under review. The author has collected thirty-six love songs attributed to the poetess whose appreciation has been given in a forty two-page text. The work is a befitting testimony of Arnimaal’s creative talent and the agony she has had to suffer due to the negligent attitude of her debased husband whom she was married at a very tender age and who in turn disowned her in the prime of her youth.

Majboor has acknowledged the help extended to him by his friends and former colleagues in unearthing facts about Arnimaal’s parental village Pahlawan – some 19 kilometers away from Srinagar.

There are several references to Kashmiri Pandit customs and rituals in her poetry. For instance:

Her choice of words demonstrates her knowledge of Sanskrit (mokh, darshun, parbat shila, balvir etc.), Persian (ashk, jaahil etc.), and Hindi/Hindustani (diyo, pii, piyo etc.), which indicates that Arnimaal had some exposure to other creative writings of the time.

Her songs have come down to us through traditional singers/musicians (as is the case with other stalwarts of the medieval Kashmir) and eventually their renderings immortalized her songs especially among lovelorn womenfolk. Arnirang goom shrawan hiye is one such song which one could hear in almost every mEEnzrath at the mid of night. I have observed women in tears whenever these lines used to be sung.

Majboor has been very wise in presenting Arnimaal’s love songs both in Nastaliq and the Kashmiri-Devnagri scripts. The compositions have thus become accessible to the people across the Pirpanjal. Majboor deserves to be congratulated and deeply appreciated for this piece of work.