A Dictionary of Kashmiri Proverbs

Book: A Dictionary of Kashmiri Proverbs

Dictionary of Kashmiri Proverbs is the latest addition to Professor Omkar N. 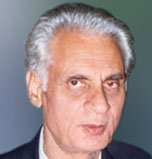 Koul’svery long list of publications on Kashmiri. The ‘Dictionary’ has nearly one thousand two hundred entries of proverbs and sayings used in day-to-day speech and literary writings. The author has compiled the present edition primarily for the benefit of the displaced Kashmiris who do not have any exposure to nastaliq script. Its first edition done in 1992 employed nastaliq script. The dictionary makes entries of proverbs/sayings in Devanagri-Kashmiri also (courtesy: M.K.Raina) and gives its gloss/literal translation and possible equivalents or explanations in English. The preface to the book lists some of the famous definitions of proverbs and the author states therein that most of the Kashmiri proverbs are based upon or direct quotes from poetic compositions of famous saint-poets like Lalleshwari and Sheikh Noorudin/Nund Rishi. A significant chunk is derived from Sanskrit and Perso-Arabic sources and the latter have a noticeable religious/ cultural import.

Unlike many other languages Kashmiri proverbs are long and many are in a dialogic-question answer style. The author opines that there are three broad types of proverbs in Kashmiri: i) simple statements, ii) Conjoined phrases, and iii) proverbs in dialogic mode. I shall give some instances here: namee daanam chuyrahate-jaanam "ignorance is the peace of mind/body/life". It is a simple statement, possibly from Turkish sources. draag tsali tI daag tsali nI"Famine will go away/disappear but not the stigma"; is an instance of the second type. Paadshah sEEb gur nIkhevaan zab, yeli nI peyas teli kheyi rab'Oh King! The horse does not eat zab-(a thick grass that grows in water borne ponds around paddy fields), he will eat mud when nothing is given him to eat’- an instance of the third type which means that a hungry person/animal eats anything. (This proverb has not been included in the Dictionary). There are instances where two proverbs contradict each other in content. Professor Koul comments that not all proverbs should be taken as words of wisdom.

The author states that the proverbs listed in the Dictionary have been collected from both primary, i.e. native speech, and secondary sources, i.e. extant texts that have employed or listed proverbs. The proverbs have been arranged in an alphabetical order according to the Kashmiri/Indian system beginning with vowels I to o and followed by consonants k to h. The book is a valuable edition to literature on Kashmiri language and a welcome volume for us who fondly wish to learn more and more about our ancestors’ wisdom and experiences.