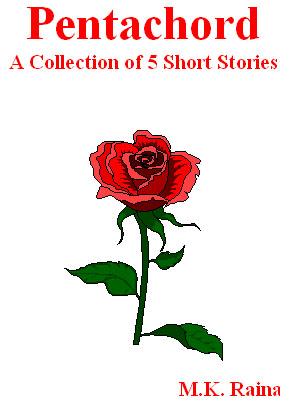 Pentachord is the second short story collection of M.K. Raina, his first in 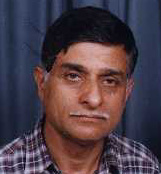 Advice, the first story of the collection is an engrossing account of how a well to do looking gentleman beguiles tender and young kids who with an aim to make a kill, return cheated and heart broken. The story is placed in the sixties of the 20th century when at the end of a session, students used to sell their used books at half the original price to the new entrants to the class. Considering themselves quite clever, the boys search for customers who could pay them the maximum. But the person, who rather hunts them, turns out to be strong-headed and calculative and the boys return home with not a penny for the books, which has hardly been ever read during the whole year! The story takes you to Srinagar to roam the roads and lanes of the city on a tonga along with the children. At the end you feel sorry for the children who are cheated but such were the times and such is the human nature.

The last game, the second story of the collection too revolves round a group of young bosom friends who upon learning about the nuances of, then novel game cricket, manage to get a home made willow bat, four sticks for wickets, and a wooden ball to play the great game. When their ball breaks the windowpanes of a house adjacent to where they had decided to play, an angry gentleman from the house snatches away their bat etc. and demands a substantial sum of money for the damages from them, the poor boys. The terrified boys fail to muster courage thereafter to reassemble at one place or to move around in that area lest they get caught for not paying for the damages to the house. The wish to play the first game turns out to be their last, which not only brings to an end the thickness among them but also kills their spirits and courage.

The third, Charu and the witch, is the story of fraternal love and courage of a young boy who with the assistance and support of his pet dog succeeds in bringing back his lost friend from the clutches of a witch who had been a symbol of terror in the whole village for quite some time. The story is set in an imaginary location on the banks of a river with a dense forest at the other bank where the witch is believed to take her victims. The loss of his young friend jolts the young boy who plans his entry into the forest and with the assistance of his pet, reaches the witch’s hideout. He very cleverly kills the witch and brings his friend and many other victims of the witch back to the village. This story employs conventional notions of magic and witchcraft and it will enthrall young minds and give them a spirit of brotherhood and fill them with courage and determination. Adults may read it and then narrate it to their grandchildren.

Three questions is the longest story in the collection with several sub-plots interwoven within. It is an account of a young prince whose search for answers to three questions, before getting crowned, takes him incognito to several places and in due course of time he finds answers to the questions through experience. The writer employs myth, human failings, ambitions and achievements to unravel the mysteries of life. Wherein lies one’s lasting pleasure? In wealth, name and fame, contentment; what does a woman love most? Her jewelry, beauty, children; what is it that one cannot conceal for long? One’s skill, weaknesses, roots. The prince learns answers to these questions by living with and learning about the lives of several people in different places. His search makes him wiser, so is the reader.

The last story Kaal chakra invokes the concepts of rebirth, karma, karmaphal to bring home the fact that no ill-deed goes unpunished. A murderer is destined to suffer torment and torture and the rebirth of the same person who one might have killed may bring him peace. A person who deserts and disrespects his own parents does not live happily for long. These are sociological and cultural issues and Indian tradition has stood the test of time and the west too has come to realize the importance of caring for one’s old parents. But in a blind aping of the west, we tend to forget our ennobling customs and beliefs as caring for the old, nonviolence and so forth. The story is engrossing. Adults may read and then narrate them to their kids.

As far as the content part of the stories is concerned, I believe I say something tangible about it. Some stories are quite good for our young minds and some are in traditional katha mode, where moral issues have been taken up. Language is quite good.

English is not our mother-tongue, yet we excel in it. Every language provides scope for extra treatment and complexities, be it one’s mother-tongue or not. In my opinion, the language part of the stories is extremely well and I believe that the author’s aim has been to focus both the young as well as middle aged audience.