JAMMU, May 31, 2003: Smt. Chandra Dassi’s poetry collection "Chandra Vaakh" was released in an impressive function organised by “Nagrad Adbi Sangami” at Press Club Jammu here today. The book which belongs to the genre of mystic poetry was released by guest of honour Prof. O.P. Sharma, Dean Academic Affairs University of Jammu and the function was presided over by the renowned Shaivism scholar Dr. Balji Nath Pandit. 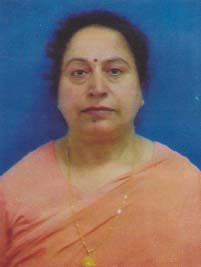 In his welcome address, president of "Nagrad Adbi Sangam", Sh. Mohan Lal Aash congratulated Chandra Dassi and described her book as a precious contribution to Kashmiri Literature. He said that “Vaakhs” do not form part of traditional poetry but these are ‘expressions of experiences with spirituality’.

Presenting his paper on the book, Dr. B.L. Koul gav 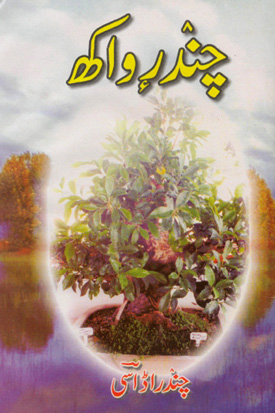 e an in-depth evaluation of the book, ranging from its literary value to technical aspects. Referring to the release of many other ‘Mystic Poetry’ books since 1990, he described it as the revival of the ‘Mystic Poetry’ era. Dr. Koul said that ‘Chander Vaakh’ has been written in both Nastalik andDevnagri scripts. Many other Kashmiri Hindus have also published their literary works in Nastalik as well to reach the Kashmiris on other side of the tunnel and wondered “if there is even feeling among those people to write in Devgnagri to reach the Kashmiris living on this side of the tunnel”.

Chandra Dassi, in her address, thanked the people for their participation and recited some new “Vaakhs” that are not included in the book. She said that she got the inspiration of composing Vaakhs from her Guru Swami Hari Krishna.

Speaking on the occasion, Prof. O.P. Sharma said that he was just representing Vice-Chancellor University of Jammu, Prof. Amitab Mattoo, who could not make to the function because of his engagements regarding preparations for the coming convocation. He said that though he cannot understand Kashmiri, but from occasional Hindi descriptions by the speakers, he could gather that the book is the outcome of hard work and expressed satisfaction that more and more women are coming forward to contribute to the literary world.

Dr. Balji Nath Pandit, Dr. Roshan Saraf and Dr. R.L. Shant also spoke on the occasion Mrs. Kailash Mehra recited some “Vaakhs” from the book in her melodious voice. The function was attended by galaxy of writers, poets and artists.