John Ruskin, the famed British essayist, classified books into two categories - Books of the hour and Books of all time. 'In search of a future-The story ofKashmir', a new book on Kashmir by David Devdas, a well-known columnist, defies this classification. The book offers rich historical material, flaunts interesting formulations, yet it has major structural weaknesses. The very premise on which Dev Das tries to build his thesis of 'alienation' is flawed and untenable. Even his assertions on origins of the terrorist movement are not backed up by facts. Still the book retains its relevance. It is  scholarly and a valiant attempt to contest someo f the myths, assiduously perpetuated by different actors with vested interests. 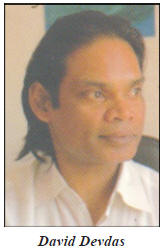 David Devdas tries to locate Kashmiri alienation (read Muslim alienation) in 'Frustrated aspirations' of new groups of educated youth aspiring for jobs. He attributes'historical socio-economic resentment' against Kashmiri Pandits and their disproportionate share' in professional trainings and jobs as the basis of so-called 'thwarted aspirations'. At times the author makes confused and contradictory statements. For example at one place he says 'Selfish aspirations have run amok'. The 'frustrated' and 'selfish' expressions have two conflicting connotations. What can be the basis for study of share of different communities in land, trade, manufacturing, jobs and trainings and even demography other than historically verifiable data? Devdas does not provide any statistics at all. Anecdotal tales do history.

'Frustrated aspirations' thesis has been directly lifted up from 'Frustrated Middle Class', a hackneyed expression used by Prem Shankar Jhain 1990. Jha's sympathies, if his writings and public stances are any indication, lie with exclusivist Kashmiri Muslim sub-nationalism. His contribution to distortion of facts to render legitimacy to this regressive sub-nationalism has been legion. As terrorist movement unfolded in Kashmir a self-righteous section of Indian Civil Society, rooted in left-liberal politics, sought to rake up 'economic reasons' behind the armed revolt..The objective was to obfuscate the theo-fascist character of the movement.How could the religious-based separatist campaign build the emotive pitch for the terrorist movement without raking up extreme religiosity? For this identifying a religious minority as 'the other' was a compulsion. It has been true of all communal movements in history. Inventing imaginary wrongs committed by Pandits against the majority community became a necessity - both to build a 'socio-economic rationale' for the theo-fascist movement as well as to unleash religious-cleansing against Kashmiri Hindus.

Devdas takes a communal view of history. He identifies religious communities as homogenous groups, ignoring class and social stratification. How do few members of the community, who may have held substantial jagirs, make up the whole community? More than 80% of Kashmiri Pandit population lived in the city of Srinagar at all times during the past 200 years. How many of them were landowning families? How many Pandit families were engaged in big shawl trade? Why should a historically persecuted minority be subjected to psychological retribution just because few Pandit families happened to be part of landed gentry? Is it not to build a rationale for permanent cleansing of Kashmiri Pandits for all times to come?

During the tribal invasion there were innumerable instances where Pandit families were saved by their Muslim tillers. How could this be possible if Pandit landlords had been harsh towards their tenants? During 1819-1947 one does not come across a single peasant revolt in Kashmir. Why has it been so? If peasant question was missing in National Conference campaign in pre-1947 period it was because landlordism was not a serious issue at all. Peasantry suffered because of low-yield of agriculture and occasionally because of excesses committed by revenue bureaucracy. Before 1931 Kashmiris were reluctant to take land because of difficulty in paying revenue. It was after 1931 when proprietary rights were granted in Kashmir that Kashmiris-both communities began investing in land. In 1948-1950 when new regime initiated land reforms Sheikh Abdullah and Bakshi Gh. Mohammad were cool to the idea. Mirza Afzal Beg, who himself was a landlord, and GM Sadiq supported land reforms for communal and communist reasons respectively. Sheikh Abdullah came to support land reforms at a later stage when threat of plebiscite was looming large and Pakistan was raking up religious emotions to clinch the issue. Pt Rish Dev, a communist leader and Director of 'Debt Cancellation Board'  has authored a study on the land reforms in Kashmir, an English translation of which is now available. He has provided shocking details of how landlords of the majority community behaved towards their tenants and also circumvented land reforms through political patronage. Normally, the tenants should have had more resentment against their co-regionalists. Devdas takes a very superficial view of Kashmir's rural scene, remaining contented in listening to 'daleels' rather than dissecting the problem deeper. If sections of landed gentry, shawl and other traders, educated youth from majority community were fuelling communal passions against Pandits it was because geo-political factors were in operation. The Britishers had been putting enough pressure on Dogra Maharajas over the issue of Gilgat. They were not happy with Maharaja Hari Singh, particularly over his role during Round Table Conference. There was also spillover of communal politics from Punjab.

Even on the issue of jobs, the greater share of which is supposed to have gone to Pandits the boot is on the other leg. There have been two phases of separatist armed insurgency - 1960s and 1980s. 1960s was the age of plenty. Large-scale development and huge funds pushed by the Central government into Kashmir flooded Kashmir with jobs.. There was, infact, paucity of people to fill the vacancies. If Kashmiri Pandits could also gain entry into State government sector particularly as teachers, it was understandable. At the time of exodus in 1990 the number of Pandit employees was 13 thousand among 4 lakh state government employees. Out of this 6500 worked in education sector alone. So where was the question of resentment over jobs and trainings? Moreover, besides increased number of jobs available there was a revolution in agriculture and dairy, productions increased many fold. There was also boom in carpets/handicraft and horticulture sector. Even the poorest of the poor became beneficiaries of the expansion of Handlooms.

To look for economic reasons behind the eruption of armed revolt is to search for black spots on the sun. The origins of communal-separatist movement in Kashmir need to be looked into elsewhere. In 1947 the size of Kashmiri Muslim educated class was small. Due to free education and better economic opportunities it expanded manifold. Whether it was Land Reforms, Debt cancellation or expansion of development sector there were no politically meaningful campaigns to back these. These were implemented as part of'Correcting Historical Wrongs'. This strengthened communal political consciousness among the youth who grew up between 1947-1964. The threat of reopening of accession also  loomed large. This introduced an element of opportunism. And finally, the youth was exposed to communal-secessionist politics of Plebiscite Front since 1953.

Parallel with this campaign the fundamentalist organisations-Jamaat Islami, Ahli Hadith and Allawale were trying to bring religious consciousness in tune with Wahabi orientation. Since 1980 the Kashmiri youth were exposed to transnational jihad also. It was not 'frustrated aspirations' but heightened sense of communal identity and increasing proclivity to fundamentalist-secessionist ideas that was breeding alienation from India. Instead of countering this trend the mainstream politics tried to sail with it.

The author makes some bizarre formulations. One that the 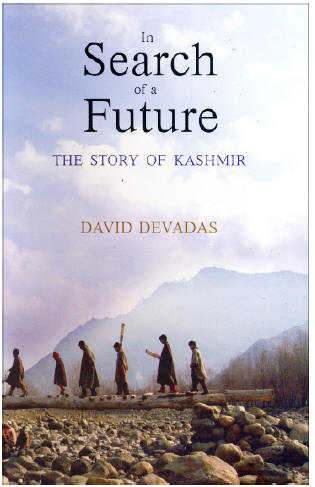 areas which benefited from Land Reforms and Development were not pro-Pakistan. Secondly, the pockets where land reforms had been rolled back-by consolidating orchards which were exempt from land ceilings the Jamaat dominated. Thirdly, doctors and engineers came to be attracted by Jamaat Islami.

Jamaat Islami's strongholds were Zaingir-Pohru belt and Sopore in north Kashmir, Kulgam-Shopian in South Kashmir and Mochow-Soibug-Wadawan in Central Kashmir. In Srinagar it was the Solina area which Jamaat considered its bastion. None of these areas had anything specific which was not common to rest of the Valley. There has always been a thin line between pro-Pak sentiment and local Muslim sub-nationalism. Infact, there has been inter-changing of roles. To locate pro-Pak sentiment in thwarted land reforms and non-development is to fly from facts. Lastly, it were not doctors and engineers as professional groups who were more enamoured by Jamaat Islami. The cadres from Jamaat came mostly amongst teachers (who had access to Jamaat literature), masons, Pir-Syed group who leaned towards Wahabism-Debandi ideology, some members of low social origin who needed a superstructure ideology for respectability.

Jamaat Islami's top leaders Syed Ali Shah Geelani, Saadudin, Qari Saifuddin etc. started their career as teachers. Geelani's father was a casual night watchmen and not a member of ruined feudal class. Another section which identified itself with Jamaat Islami were corrupt members of bureaucracy and upstart elite. In this case cover of Jamaat Islami provided a smokescreen to camouflage their misdeeds. An excellent study of this phenomenon titled 'Kashmiri Muslim Society-Changing Contours' by Dr. K.N. Pandita was published in Kashmir Times, Jammu in 1991.

David Devdas wrongly singles out National Conference leadership for seeing Jamaat Islami only as a doctrinal grouping and not as a socio-economic force. None of the leaders-Bakshi, Sadiq or Sheikh Abdullah treated Jamaat Islami as a threat-either as a doctrinal threat or as a socio-political force. They maintained opportunistic relationship with Jamaat Islami. Mir Qasim even rewarded them with 5 assembly seats in 1972. In fact, emerging rural elite used Jamaat as a vehicle for getting share in administrative and political power. Qasim-Jamaat alliance was its manifestation.

David Devdas would like us to believe that ISI started training Kashmiris in subversion only after December 1987. Nothing can be farther from the truth. Not only a leading news agency but also government's own sources had confirmed that by May 1984 hundreds of Kashmiri youth had undergone training in 13 camps set up by Pakistan and were paid Rs 20 thousand on return by ISI. Who were these people who underwent training if JKLF/Islamic Student League went for training only after December 1987? Devdas is silent on this.

Dev Das has a solution - Indo-Pak problem can be resolved only if Kashmir heals itself. He remarks, "That healing must be internal. Harmony within Kashmir is not possible without moral courage. It involves accommodation of others' aspirations and that is only possible through non-attachment and discipline".Will Kashmiris listen?