Death of a Gentleman: A Tribute to J.N. Raina

Kashmir Sentinel Editorial and Staff mourns the death of Sh. J.N. Raina, Sh. Raina contributed regularly to Kashmir Sentinel right from its inception. As a tribute to this professional journalist of unsullied integrity, we are publishing an article written by Sh. Sham Kaul (eminent journalist) in memory  as a tribute to Lt. Sh. J.N. Raina.  –Editor 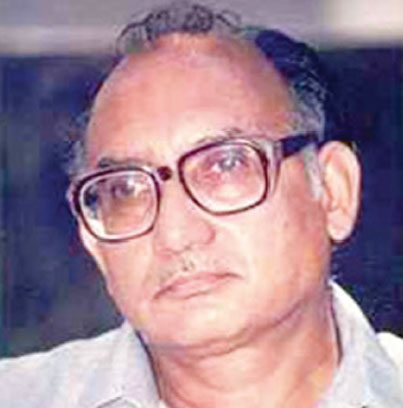 All his life, manor part of which he spent as a professional journalist of unsullied integrity, J.N. Raina studiously preserved the ethical standards of his vocation. He was never once proved wrong in his life, nor so in his death which came to him on the intervening night of October 22-23, In Pune, where he lived with his family since 1990.

Hours before he passed away, JN had made a telephone call to a journalist colleague in Jammu, Ashok Pehelwan, and had told him in an ailing voice to give his last ‘Namaskar’ to all friends here, and convey to them his ‘final adieu’. He keep his word by departing only a few hours later.

For well over three decades, JN served as the chief of Srinagar bureau of leading national news agency, UNI, before moving over to Mumbai office of the agency in the wake of the eruption of militant violence in Kashmir.

The two of us, pestered by threatening phone calls and other intimidatory ways, were the last non-Muslim journalists to leave Srinagar when our fellow city journalists advised and insisted that we should do so for the sake of our security and safety.

Before that, the Governor, Mr. Jagmohan, had suggested that we should shift to Tourist Reception Centre complex, a safer place, and operate from there. But it was not feasible, simply because we would not be able to do justice to our work, closeted all the time in a room.

During his prolonged posting in Srinagar, his office near Central Telegraph office, was JN’s temple where he spent all his time, wholly dedicated to his work, sometimes late into nights. The outcome of the toil of his pen was there for the readers to see and relish the quality, accuracy, authenticity and excellence of his despatches, day after day.

JN was a man of few words, a soft-spoken person, and normally talked only when talked to. He rarely mingled with his tribe in their occasional gala get-together and merry bases. Interestingly, however JN had a subtle sense of humour and could sometimes entertain others with his quips and cracks, when he opened up. One recalls a professional tour of a group of media persons to Bihar and West Bengal several years ago. As we went around visiting places, it was a revelation to us to see JN enlivening the ambience with his pithy comments and observations. While going round the zoo in Kolkata, we saw a tiger, fully stretched, sleeping peacefully in his cage. Pointing to the animal, JN quipped, “He should have been working for a news agency to know the price he would have to pay for sleeping so deeply and unmindfully during the rush hours of the broad day.”

Despite his comparative aloofness and distance from his fellow journalists, JN was highly respected by everyone in the profession. It was not uncommon for his colleagues to often seek last minutes confirmation from his the credibility of some sensitive new reports and stories, which, at one time in early days of militancy, were a plenty in Jammu and Kashmir. JN would never fail to respond and oblige. In fact we would often say, “Ask Raina Saheb, if the story is factual and if he has done it.”

A gentleman journalist in the manner and nature of veterans like R.K. Kak and Mohammed Sayeed Malik, who are held in high esteem by the fraternity, JN was a fine gentleman too, bearing malice towards none, and never doing any working to anyone. Those who came close to him were struck by his simplicity, decency and humility, and, of course, his dedication to work and his professional calibre.

By virtue of his standing in the professional as chief of bureau of a national news agency, JN did have a latent clout, but being essentially a self effacing person, he never threw about his weight, and never sought or asked for any favours and concessions from the establishment. His primary concern was his work and duty and he did proud to the agency and people he worked for, earning their acclaim and appreciation, as also of the entire media community of this state.

Honesty and humility were quintessentially the cardinal attributes that thoroughly permeated JN’s persona. As a man, a media person, an associate, a friend, a conscientious professional, a social being, and a householder, honesty and humility stood out in all his actions, workings and dealings. And it has been said, “An honest man is the noblest work of God.”