A gem and a brilliant scientist of our community Dr. Arun Fotedar 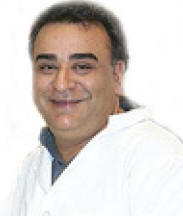 passed away due to liver failure at UCSD Medical Centre, Hillcrest California on 9th July 2007. His disease surfaced in less than two months before his death, and doctors were unable to determine its origin .”His death is a tragedy not only for his relatives and friends but to the world because he was positioned to develop a whole new line of cancer drugs”, stated Dr. Albert Deisseroth, President and Chief executive of Sydney Kimmel Centre.

Dr. Fotedar was born at Srinagar, Kashmir on 12th May 1953 . He studied at C.M.S Biscoe Memorial High School and S.P. College Srinagar before passing his B.Sc. Though he wanted to pursue scientific research as a career but at the insistence of his parents he completed his MBBS degree from Srinagar Medical College in 1977. In 1983 He was awarded Ph.D in immunology by the All India Institute of Medical Sciences, New Delhi. He later did postgraduate work at the University of Alberta, Edmonton in Canada and taught there before joining the faculty of the La Jolla Institute of Allergy and Immunology in 1991. In 1992 he moved as Professor and Director at Cancer Cell Biology Program, Sidney Kimmel Cancer Centre , San Diego Centre California and assembled an international team of scientists to design the drugs that approached cancer from a new angle.

According to Dr. Albert Deisseroth Dr. Fotedar explored cell cycles as a way of interrupting the development of cancer cells before they were allowed to spread, he wanted to block things at that stage. Dr. Deisseroth added that Dr. Fotedar's strategy was an innovative way fighting cancer cell development “.We are zeroing on the bull’s eye, as opposed to a broader target and this means more effective drugs with fewer side effects “stated Dr. Fotedar in a seminar in 2005. He was an extremely intelligent and great scientist, one of his colleagues at Sidney Kimmel Cancer centre said. He always wanted to get to the bottom of things. It wasn’t enough for him to accomplish one task, he always wanted to look miles ahead and remained at the forefront of the quest of battling and local fund raising for cancer till his death. He was an internationally sought after speaker for symposiums and his work was published in the top peer reviewed scientific journals . His profile and publication can be seen at

He also became a member of the American National Institute Health’s Tumor Cell Biology Peer Review Group. His friend Bob Margolis described Dr. Fotedar as a very fulfilling person to have deep discussions with on any subject like religion, art, history, physics, astronomy or other subjects.

Dr. Arun Fotedar is survived by his parents Lakshmi and Prof. D.N. Fotedar formerly head of Zoology Deptt and Dean of Science Faculty Kashmir University, his younger brother Avinash Fotedar, Bhabi Rinu Fotedar and nephew Adhtya and other relations and friends who are inconsolable.

*(The author is Maternal uncle of Dr. Arun Fotedar).