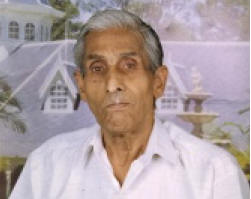 A poet, a Musician, and a Visionary is no more …

Sh. Mohan Lal Razdan was experienced personality and has authored many Kashmiri poems/bhajans/ghazals. His poems are mainly based on mysticism and belief that the world is mortal. He has followed the path of his Guru Late Swami Madsudhan Razdan.

Thirty eight (38) of his works have been composed and published in a renowned book “Aerchar. Foreword of the Book was written by Dr. Premi Romani and Sh. Pyaray Bhan.

"Dr R L Shant, president "Samprati" in his introductory address threw light on the poetic niceties of Mr Razdan. He while paying tributes to the poet highly appreciated his collection of poems. In his address Mr Khosa said the book reflects the poet's spiritual life. He also threw light on the poetry of Mr Razdan. He said like the other poets of Kashmir Mr Razdan is apostle of Sant culture.” 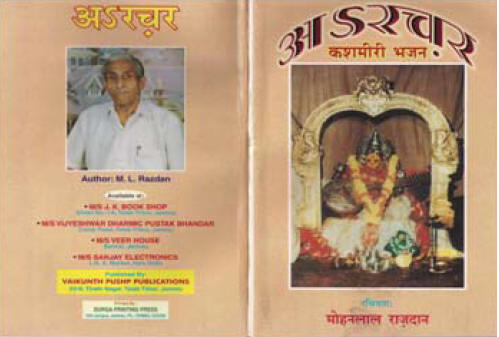