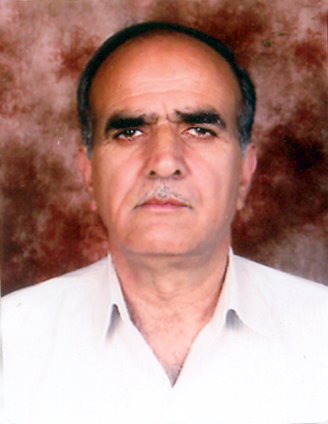 With deep sorrow and grief, we wish to inform the untimely and sudden demise  of  one the great souls of Kashmir Mr. Chaman Lal Kantroo who hailed from Kha Bazaar Anantnag, Kashmir,  to all the members  of Kashmiri community. He is survived by his wife and daughter who are presently staying at Jammu.  The  last rituals have been performed at Jammu on 26th Nov 2009.

This note is sent to one all from all communities and castes of Mother Kashmir who really love, respect and wanted to give back to mother Kashmir. Here is one such hero who has laid his life towards the upliftment of the common man who has never come in front of scenes. Only those who have met him, interacted with him or have been associated with him know his real worth.

Mr. Chaman Lal Kantroo, Kantroo Sir as he was popularly called, was born and brought up in a middle class family at Anantnag, Kashmir,  but his exceptionally high levels of IQ, born talent and a good aptitude for sharing the knowledge  made  him a hero at school and college  very quickly and this spread across the  masses in the entire district as well as in the entire   Kashmir Valley. In his early days he questioned and reasoned every tradition and custom and read almost all the religious book from Bahagwat Gita, Ramayana, Mahabharata, Bible, Holy Quran and Guru Granth Sahib. He had answer to all the questions  and read number of  novels, autobiographies, fiction and non fiction book.  While he graduated from Degree College Anantnag in science subjects, he was all together a very  different student , full of knowledge and information and more importantly the icon for most of his fellow students  for the moral and  ethical  values which he demonstrated during every interactions of the life.  I have heard people saying “I trust more Kantroo Sahab  than my self”.  Very soon he was influenced by various ideologies and read the socialism, capitalism and communism. His  joined the prevailing freedom movement  which raised the slogan of “ justice and equality for every one". This very soon reached the  masses and turned into a mass  movement  and very soon he was made to go the jail during the emergency days in India.

I have heard from many of his colleagues that even in jail he was not only respected by the jail authorities for his discipline, honesty and the dissemination of knowledge but also by all the fellow jailers for his principles, eagerness to bring light to each and every individual around him by sharing his heap of information to the  requirements of the individual  with appropriate reasoning and logic.

He published a journal “Umeed” as a student  during those days. He completed his Post Graduation in English from University of Kashmir.

As usual in INDIA, most of such true Hero’s do not get recognition in public life and to make the mission successful one needs to have  a large gathering of dedicated people who are ready to leave aside the physical comforts of this materialistic life, he too was not  supported till end by the fellow colleagues and was thus left alone in the struggle of  justice and equality for one and all.  True to his profession, conscious and self , he fought this battle alone till death and today every associate remembers him as a symbol for REAL VALUES, MAN OF PRINCIPLES AND MORAL VALUES . He was able to guide, educate and bring new life to all those who go in touch with him in one way or other!

We all must salute such a great hero!!!

In the year 1975, he started another chapter of his life which was so noble and sacred that many people who for their pretty vested interests created lot of hurdles in this journey of Mr. Kantroo  but who could come in the way once Mr. Kantroo is convinced and decided to undertake any activity and mission. He opened an English Medium School at Martand Mattan Anantang. The LYCEUM PUBLIC SCHOOL –  was a great institution  spreading the message of unity, diversity, morality and laying the foundation  for the great  future of an individual, a family, a Society , a Sect, a Nation irrespective of cast, creed and race. Any one who has studied at Lyceum public school will appreciate and understand what Mr Kantroo was all about and his institution of LYCEUM PUBLIC SCHOOL MATTAN.

His passion  and curiosity  towards understanding and reasoning the cultures, history, customs, traditions and  nature, was fulfilled by  his quest towards  “ books” , he was a voracious reader and would understand each and every sentence and word of the book and would quote it  very aptly at an appropriate instance.

In this Endeavour,  he also  authored a few books  on Literature,  Mythology and  collection of Poems . His famous collection of  Poem Eternal Sin- A Collection of Poems by Chaman Lal ... to the surprise of one a all, only few individuals could understand the meaning of his books and those who did it started getting to his fold and called him as GURU.  He also completed his PGJMC (Post Graduate Diploma in Journalism and Mass Communication) and started  a free lancer life at Jammu.

His  novel in English "Crumbling Stands" depicting an individual's struggle against his shortcomings, an exposition of psyche of a person- caught between his aspirations and his limitations- written in the genre of stream of consciousness; was  very soon to be published ??? Who know now !

All the above  was possible by the command he had on the English, Kashmiri, Urdu and Hindi. Off late lot people used to interact with him to get the real translation from any language to any language (from the  above four languages).