'Although we wear this sheet with ever so much care, it has to be given up even as it’--Kabir

TO the utter shock and grief of scholarly circles, Prof. Nila Kanth Gurtu left this mortal world on 18th Dec., 2008, after having suffered the blisters and bruises caused by the Alzeimers disease. 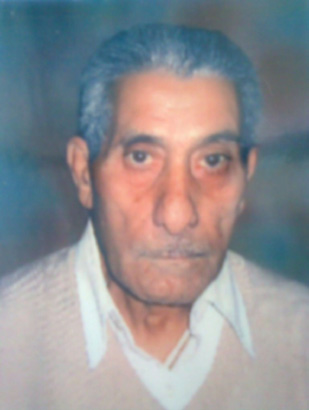 Prof. Gurtu was a gentleman par excellence. He was a perfect shavite in word and above all highly obliging. He was a perfect shavite in word and deed. He was at peace with himself and peace with the world all around him. He bore no ill-will against anybody nor had others any reason to bear animosity unto him. ‘Ajatshatru’ is the apt word to describe his character, demeanour and manner. I believe he lived his allotted length of life meaningfully, puruposefully and more than most gracefully.

Assiduous pursuit of Sanskrit scholarship, especially the theoretical and esoteric knowledge enshrined in the Sahiva texts was his sole pre-occupation. He possessed a golden heart and a scintillating head. His depth of understanding of the seminal shaiva texts was phenomenal and amazing. Though the borders between a professor and a pundit often blur.

Yet I would call him a pundit, a real Pandit, a historically conscious pandit. In the words of Bhagwatgita, he could be called a 'sthith prajmna' and a 'sanyasi' if sanyas means consciously ignoring ordinary desires that encase and engulf the mind of a man. 'Kamyanam karmana nyasam'.

Prof. Gurtu had a father, who loved Sanskrit lore and learning and was a shaiva practitioner too. He was responsible for moulding his son in such a domain of learning as was shunned by many Kashmiri Pandits because of the existential insecurity caused by the oppressive Muslim rule. He was put to a traditional seminary which alone could shape him out in the field that his respectable father had chosen for his son. It was not a 'run of the mill' decision  that the father, a lover of Sanskrit, had made. Despite opposition from near and dear ones, hassled by the father's decision, the  decisive will of Prof. Gurtu's father prevailed. And the pupil continued with the curriculum as was prescribed by the then university of the Punjab. The son worked hard to earn the degree of 'Shastri';, equivalent to graduation in Sanskrit, just at the age of seventeen causing consternation in the student population of those days.

Having earned two masters in Sanskrit and Hindi, Prof. Gurtu joined a government run academic college and rose too the status of a full-fledged professor of Sanskrit. In this capacity he served many an academic institution of the J&K State. Prior to his join the college department, he had a short stint in the Research Department of the state that was set up by Maharaja Ranbir Singh, who was responsible for the renaissance in the domain of Sanskrit learning and research in the state.

Prof. Gurtu was a great scholar of Kashmir Shaivism, which he would always nomenclature as 'Shaivadvai' philosophy of Kashmir as the name, was assigned to this strand of thought by Abhinavgupta, an unrivalled erudite of the said-philosophy. In the specific regime of Shaiva thought Prof. Gurtu was initiated and guided by Swami Laxman Joo Maharaja at the hermitage at Ishber, near the Nishat Garden. He was an ardent devotee of Swami Ji, who infused a bubbling spirit and  enthusiasm among his devotees to learn the seminal texts of the indigenous Shaiva though. He was a learned devotee of the Saint of Isbher and naturally got more benefited than many others in acquiring the knowledge of the subject and it is amply authenticated by the books authored by him. He began as a devotee of the saint and died as his devotee. The saint had bestowed such 'shaktipat' on his devotee as had enabled him to leave a fine yarn of the shaiva thought in glittering language and express the subtleties of the though in highly expressive language. To me he always appeared as a Pundit because of his analysis of the issues related to Shaiva thought. He would always start with language, texture and context and then the clarifications and expositions would follow. In one of my brushes with him, I pointed out word and meaning make poetry (Shabada-arthav kavyan), he retorted--word and meaning do make poetry (Shaibda-Arthav Nanu Kayam).

Unlike many other Shaiva scholars Prof. Gurtu had an extensive study of the five schools of Indian thought. Focused on the Shaiva thought as he was, it was with great ease that he could relate the Shaiva positions on broad theoretical issues with the positions exposited in all systems of the Indian thought. He was a great expositor, his explanations would be quite lucid and language apt and selective. He had the skill of an orator to choose his words directly touching the grooves and ridges of the brain-membrane of the audience. His teaching of the Bhagwatgita at the Ishber Hermitage would hold his audience as if in a magical spell. The gift of the gab and perfect understanding of the philosophical issues are what distinguished him from his illustrious teacher, Dr Balji Nath Pandit, who had an equal share in fashioning the cerebral capacities of Prof. Gurtu.

Prof. Gurtu as a theoretician did not rest his oars at the mere knowledge of the Shaiva thought, but as required by the thought itself he was a devotee, a bhakhta, of Lord Shiva. The brilliant verses from Shiva-stotravali of Utpaldev, were on the tip of his tongue and he would recite them lovingly and liltingly as if he were in a recaptures and hilarious flight. Then the explanations would gush out with firm emphasis on Shaiva Bhakti which is certainly a different cup of tea from the types of devotion as are found in other systems of thought. 'Separation' and 'Union' as two phases in the domain of Bhakhti became lucid clear with the quotes from the Shiva Strotravali. Aware of my background he once softly introduced a mantra to me which I could not practise because of the genocide that our community had to face a the hand of the cruel Jehadists. He as an exilee in Delhi continued with his practices and I could not, not because of lack of faith, but because of existential angst and pain caused by a phenomenon of total annihilation. As a high brow spiritualist he took it as a phase in Shiva sport. But thoroughly mundane in approach and premis I took to the writing of history of genocide that Kashmiri Hindus were subjected to since the inaugural of Muslim rule in Kashmir.

Prof. Gurtu could be a masterly guide for any person genuinely interested in attempting to re-orientate a vital figure of the standing of Lalla Ded, a representative of the civilisational and cultural ethos of Kashmir. He knew the skill of textual criticism and importance of the comparative study of available manuscripts in such attempts. As a Head Pandit in the Research Department of the state he had chanced upon a slew of manuscripts of the Amarnath Mahatamya, which he studied and determined the text and published it with a sound Hindi translation and an invaluable introduction. All types of variations in different versions of the text were foot-noted and missing spaces were filled in with the help of other manuscripts. His guidance for everybody was that re-orientation of a text-never means to mutliate the original text or imposed a new matter on the available text.

'Sambpancha Shikha’ is another work of note that Prof. Gurtu assiduously studied, translated the text with Khemraja's commentary into Hindi and lucidly highlighted the Shaiva contest of the original text. As Kashmir has a history of writing Mahatamyas we have a work of the same hue called Harsheshwar Mahatamya. Prof. Gurtu translated the text into English along with an illuminating introduction to the book.

'Spand-Karika' and 'Paratrimshikha' are the two other seminal works of Kashmir Shaivism which the professor studied at the lotus feet of his venerable guru, whose opinions on issues of theory and praxis  of the said-philosophy of Shaivism he always upholds as the final word. In the Spandkarika Prof. Gurtu's expository skills stand out and subtle issues and concepts of the thought stand comprehensively explained, exposited and expounded. 'Paratrimshikha' is deemed as the subtlest of the Shaiva works and Prof. Gurtu ably determined the text and translated it into Hindi with copious explanatory notes and expositions that unravel the esoteric content of the text.

Be it said, the publications of the 'Paratrimshikha' with its amazing Hindi translation and profuse explanations was not savoured well by many devotees of Swamiji Maharaja at the Ishaber hermitage. Prof. Gurtu was grievously hurt when he was accused of unravelling the esoteric content for a consideration. He chose me for expression of his hurt sentiments. I expressed lot many empathies to dispel his hurt and carefully chose a language in appreciation of the tremendous work he had done. His temperament was cool and sedate and nothing would flap his temper. But, this development at the hermitage was what he could not bear with. The fact is that his publisher had harvested his book and given him a mere pittance. More than most, he had done a great service to the very philosophy of Shaivism by translating a formidable work like 'Paratrimshikha'. And it should have been recognised by all who mattered at the Hermitage.

Soon after Prof. Gurtu's 'Paratrimshikha' was published Dr. Jaidev Singh who too had studied the work at Swami Ji Maharaja's lotus-feet put it into English. He took the text as the most authentic as was determined by Prof. Gurtu and added his own explanations and expositions to the work thereby making it more useful for a wider section of lovers of Kashmir Shaivism. The work is published and carries an introduction by Dr. Betina Baumer, a devotee of Swami Ji Maharaj.

As Prof. Gurtu was a senior colleagues and I had thick contacts with him, I once expressed my desire to have a nodding acquaintance with the theoretical postulations of Kashmir Shaivism. He took no time in conceding my humble request. A dexterous teacher with a missionary zeal Prof. Gurtu taught me seminal works like Tattava-Sandoha, Shaivsutra, Spandkarika, Ishwarpratibijjna-Vimarsini and some portions of Shiva-Drishti. I could not continue as we as members of Hindu community got uprooted and scattered under the determined onslaught of Jihadis.

I owe a great debt of gratitude to him for the pains that he took to enlighten me with the whole spectrum of philosophical developments in Kashmir. Since he taught me some vital texts with care and deligence I always considered him as my guru and in Shaiva parlance guru is shiva-guru who initiates a pupil in the Shaiva-marg in accordance with his worth. Perhaps, he considered me his worthy pupil when he disarmed Dr. Balji Nath Pandit by telling bhim that his materialist pupil would work wonders thruogh his initiation in the Shaiva thought. Prof. Gurtu prodded me to take up a research project on Somananda's Shivadrishti. At his insistence I had submitted a synopsis to the Rashtriya. Sanskrit Sansthan for approval. But displacement and exile topsyed and turvyed everything we had planned.

Those who are born are destined to die (Jatasya hi mretu druvam-Gita). Prof. Gurtu had all the angelic qualities. But, in the words of John Keats, 'had he not died, he would have been an angel'.

In the end, As a mortal I pray for peace to his soul.