Scarping the low-lying foothills of the Himalayas, the overall impression of Jammu is one of large stone mansions, handsome buildings, and the remains of an old fort that stands sentinel over the Tawi gorge. While modern plate-fronted shops line the roads today, there is also, in the older houses, a feeling of timelessness, a tranquillity acquired from the passing of an age. 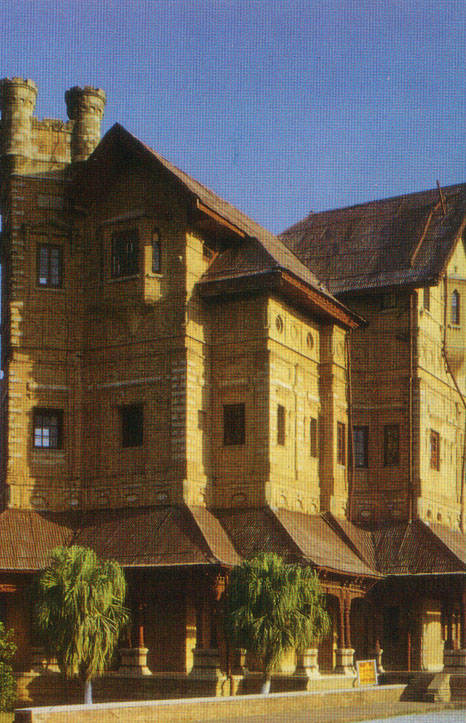 In recent decades, Jammu has come to be known as a 'city of temples'. From almost anywhere in the city temple spires can be sighted, a burnished gold, and spiralling skywards as they tower over a huddle of flat rooftops.

Jammu is also the winter capital of the state, the seat of government when Srinagar is freezing, snowbound.

Equally, Jammu is an important centre for trade and commerce, and there is about the city an air of brisk finality. This ties, perhaps incongru-ously, with its temple city nomencla-ture, but then surely, in this Dogra stronghold, even a French chateau is an oddity.

The actual origins of the city are shrouded in the mists of antiquity. It is believed by some that the local raja, Jambulochan, wanted to build a new capital for himself, but was not satisfied with any site shown to him by his ministers. One day, while on a hunt, he noticed a lion and a goat fortifying themselves with water from a stream, standing adjacent to each other. Believing the area to be sanctified, he ordained the building of his new capital here, and had it named after himself.

But more recently, the province was the home of the Dogras, the Hindus and the Sikhs, sub-divided they ruled from different, small principalities in the foothill villages. Thev were first united under Maharaja Gulab Singh in the early late century. Since then, Jammu has been a premium sovereign stage, and its most recent maharaja was Karan Singh; his erstwhile palace is today a museum.

Other than the temples, Jammu's other highlights are its erstwhile royal homes. Prime among them is the Amar Mahal Palace Museum balanced on an eyrie overlooking the Tawi river. Built for a Jammu maharaja by a French architect, this palace has turrets and towers and the sloping roofs characteristic of a Continental castle. This non-traditional palace is open to visitors today in the form of a museum.

Also overlooking the river are the ruined ramparts of Bahu fort. Situated on a rock face, with an excellent view over the city, it is the oldest edifice extant in the region. It is believed that the fort was originally constructed by Raja Bahulochan some 3,000 years ago. The existing structure was later improved and rebuilt by the Dogra rulers.

On a spur opposite the fort is the memorial to Mahamaya, a Dogra heroine who lost her life fourteen centuries earlier fighting foreign invaders. Another medieval monument is Gumat Gate, one of several entrances that led to the walled city of centuries ago.

Also worth a visit on account of its collection of Pahari miniatures and the arts of the region is the Dogra Art Gallery. This is the only exhibition that catalogues the crafts of the Dogras under one single roof and displays it to full effect.

BY ROAD FROM JAMMU TO SRINAGAR

Jammu is the rail terminal for Kashmir, and from here visitors can fly to Kashmir, or travel by road. The journey begins from the low lying foothills and traverses quickly from pine forests to the boulder-strewn slopes near Udhampur. Several facilities exist en route at points of interest where visitors can either relax and take refreshments, or stopover for a break.

The first of these is Kud, a chamming clearing in the fir forests, 106 km from Jammu. Patnitop follows, 6 km further. Patnitop commands extensive views over the surrounding countryside. Though it has a Tourist Bungalow and a Youth Hostel several new facilities are under construction that will lend credibility to its assertion as an independent destination.

Batote is 113 km from Jammu, a lovely place to break journey and contemplate the surrounding hills with a cheering cup of tea. Ramban is often used as a point of rest on the route, while almost everybody halts atBanihal for a bird's eye-view of the Kashmir valley. 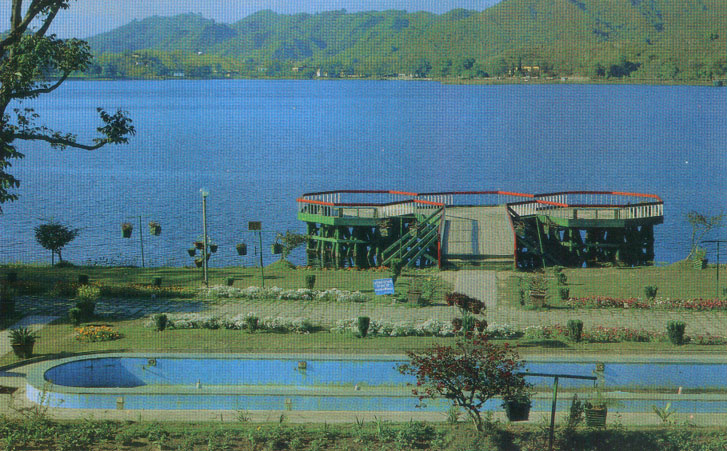 The jetty at Mansar Lake