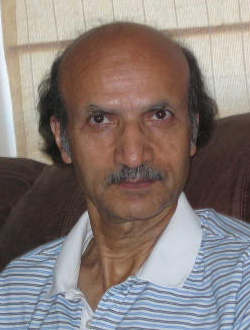 Born in Srinagar, Kashmir, Dr. Kundan Lal Chowdhury is a Medical graduate (M.B., B.S.) from Punjab University and postgraduate (MD) from Delhi University. He did fellowship in Neurology from London.

He started his career as a faculty member in Medical College, Srinagar, as a clinician, teacher and researcher, rose to become a Professor, and pioneered Neurology as a subspecialty in the Medical College.

In the wake of militancy in 1990 he moved to Jammu, and started a charitable hospital, the Shriya Bhat Mission Hospital and Research Center which provides free multi-specialty consultation and treatment to the poor and indigent patients and conducts medical camps, surveys and research. He conducted pioneering work on the Health Trauma of the Displaced Populations  and coined new syndromes like "Stress Diabetes", "Psychological Syndromes of  exiles",  "The 10-12 Syndrome", "The metabolic syndrome in 'migrant' camp inmates"  etc. and highlighted the adverse effects of stress and of environmental and lifestyle changes on a displaced population.  He is the patron-director of Shriya Bhat Mission Hospital and Research Center.

Dr. Chowdhury is engaged in multifarious activities as a medical professional, social activist, journalist, poet and writer, essayist and reviewer.

Dr. Chowdhury has published papers on various subjects - medical and scientific, socio-cultural, and political, making a mark in the literary field with the publication of his three highly acclaimed anthologies:

Dr. Chowdhury is a recipient of many awards, among others: