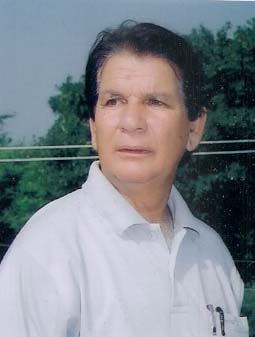 Srinagar born, self-taught, senior-most, sought after actor of the valley manifested into a Theatre Producer Director, A-grade Radio Artiste, Television actor, Empanelled Producer (PBBCI) outside Director (DDK Srinagar) and a popular Playwright - with dozens of Plays, Documentaries and tele-films to his credit besides being an author of two books on dramatics one of which is in the syllabus of Kashmiri department, University of Kashmir, Srinagar.

Has the credit of having produced and directed works of reputed Playwrights, on stage, like Ali Mohd. Lone, Pushkar Bhan, Sajood Sailani, G.R Santosh, Moti Lal Kemmu, Bansi Nirdosh, Avtar Krishen Rehber and Hriday Kaul Bharti - all of which brought him:

Mr. Makhan Lal Saraf is a popular name amongst the masses in Kashmir valley - for his contribution in Radio plays as a voice and as Actor in Television plays and serials - through DDK Srinagar and Kashmir Channel.

He has acted in the very first Kashmiri films - 'Manziraat' and 'Mehjoor' besides in a serial programme for small screen directed by Sham Benegal.

Mr. Saraf has grown under the guidance of Shri. R.K Braroo and Shri. Pran Kishore, with whom he traveled throughout the country and performed in Trivanthpuram, Bangluru, Madras, Calcutta, Lucknow, Chandigarh, New Delhi - through J&K Academy of Art, Culture and Languages with operatic form of plays directed by Pran Kishore.

He is on the penal of adjudicators for Drama festivals organized by the Academy of Art, Culture and languages - and teaches in workshops as well.

Mr. Saraf has acted in