Then Havildar Satbir Singh came, the last one to return after capturing Black Rocks. His colleagues hands and legs moved out of sync. Probably because they didn\'t want to welcome the hero this way. 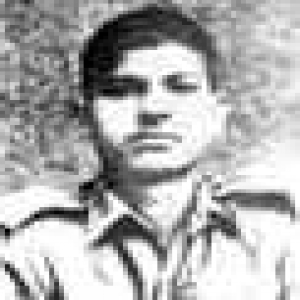 A shell from a Pakistani artillery gun tore open the entrails of Subedar Bhanwar Singh Rathore of 1871 medium artillery regiment in Kargil sector on June 17.

Linkon, in his 20s, died on June 8 while assaulting Tiger Hills at Kargil. Two bullets in the chest put paid to a brave life. As also the lives of a 20-year-old wife of two years, a year-old son, schoolteacher father Harinarayan, brother Alanja, 16.

I am going home soon. He did. But in a coffin, escorted by mate Joginder to his village in Johragaon, near Aligarh. He died while stalking militants in Kupwara forests.

Killing five enemy personnel, lifting a machine gun while hit by a bullet in thigh muscle, lobbying a grenade and clearing a important army post.

Grenadier Manohar Singh was one of the several soldiers who had charged up the Tuloling peak on the intervening night of 12 and 13 June. He was one of the 13 killed in an artillery burst which also left six others injured.

He was martyred on the Tiger Hill in the Kargil sector while trying to position an artillery gun.

He and a colleague were part of an ambushed patrol. They were killed trying desperately to reach the dead.

On June 12, 7.30 am, a hand grenade tore Vijaypal\'s head apart while he was returning army fire from his post 10 km from the LoC.

Sepoy Virinder Kumar of 17 Jat Regiment hailing from Mohna village, near here, was killed while fighting against the Pakistani intruders in the Mushkoh valley during the successful capturing of the Tiger Hill.