Main Slogans of Kashmiri Muslims to drive out Kashmiri Hindus

The following excerpts have been taken from Kashmir: Past and Presentby Prof. Mohan Lal Koul. 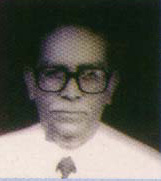 With a brilliant academic record which includes three post-graduate degrees in English, Hindi, Sanskrit and B.Ed from the University of Kashmir, Prof. Mohan Lal Koul served various academic colleges of Jammu & Kashmir State. As a student he was affiliated with the left -wing politics and zealously participated in cultural activities organised under the aegis of various cultural fora. He taught Kashmir Shaivism at Benars Hindu University as a visiting professor under U.G.C scheme. He also acted as an advisor of DAV Institutions in Delhi.

The cohesive and re-assuring slogan of 'long live Hindu, Muslim, Sikh Unity had suddenly disappeared from the political parlance of the Muslim crowds, seeming to have given a go-by to their rational patterns of conduct as components of a civilised life, making bonfires of tyres at night, ensuring by coercion the participation of Hindu Kaffirs, in a state of high-pitched hysteria installing high voltage lamps at crossings only to serve as signal posts for the Afghan, Libyan, Iranian, Turanian, Saudi Arabian and Pak jets to land. All a dramatic blend of frenzy, ignorance, fantasy and naivity tinged green by the foot-lights of Islam.

The new slogans being mouthed with zooming zest presented an amazingly myopic content declaring war against the Hindus, threatening them with death and destruction, allowing them no lee-way, frightening them to quit and buzz off, stressing the establishment of the Prophet's governance and exposing low levels of cultural achievements. The slogans were:

The net product of the Islamic agenda as spearheaded by the Muslim crowds chanting slogans replete with hostility and hatred unto the Hindus was an exodus, a forced exodus, a diaspora, a crisis thrust on them, an ethnic cleansing, a manipulation for their genocide, completion of the pogrom conceived in 14th century.

In face of an armed onslaught the Kashmirian Hindus marched out of their native land only to save their skin and faith. Caring two hoots for their properties, movable and immovable, worth crores, they paid hefty sums to the truck and bus owners to carry them across the Bannihal tunnel to safer zones. The villagers, poor and destitute, allowed their cows with garlands on to stray away, but sold off their bulls for paltry sums only to quit their mother-land, prowled about by monsters of murder, loot and arson. The Hindus from the border towns of Kupwara and Handwara in north of Kashmir were the first to flee followed by the teen-age girls from Srinagar and towns and hamlets in south of Kashmir. Flight of the Hindus from the millennia old homes and hearths had started much before the advent of Jagmohan on the political scene of Kashmir.