Kashmir and Partition of India 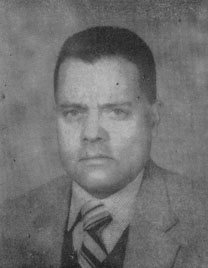 India under the British was divided into two distinct entities, British Provinces and Princely States. Princely States under the Government of India Act 1935 were defined as including any territory, whether described as a state, an estate, a jagir or otherwise [1]. They were under the suzerainty of His Majesty and not a part of the British India [2]. The code of conduct governing the relations of the princely states with the British Government was, therefore, different from that which governed the relations between provinces and the British Government [3]. In the case of the provinces, the authority of the British Government was direct. It was exercised through the British Parliament, the Secretary of State for India, Governor General in Council or Provincial Governors. In the case of the princely states, the authority was indirectly exercised by various treaties, engagements and sanads, supplemented by usage and sufferance [4].

In 1945, Churchill's coalition government was voted out and Clement Attlee's Labour Party came to power in London. British Prime Minister Clement Attlee announced in the House of Commons, in February 1946, that a Parliamentary delegation would visit India with a view to meeting the national leaders and discuss various problems connected with self government in India. The Cabinet Mission, consisting of Lord Pethic Lawrence, Sir Stafford Cripps, and Mr. L. V. Alexander, all members of the British Government, arrived in India on 23rd March, 1946, and held conferences with four representatives, two each of the Congress and the Muslim League. But the conference failed to devise and agreed formula and the Mission announced their own proposals in the State Paper of May 16,1946. Their plan rejected the Muslim League's demand for Pakistan and proposed a federal union of India including British India and Indian Princely States. It provided for the establishment of a Constitutional Assembly to frame the future Constitution of India, which was to be based on the principle that the center would control only three subjects, viz, Foreign Affairs, Defence and Communications, all other subjects were to be administered by autonomous provinces and states [5].

It was proclaimed by the Secretary of State for India that paramountcy was to lapse after India had achieved independence and that the future relationship of the states with the rest of India was to be decided by the parties themselves through consultations and negotiations [6]. In the meantime, 200 delegates of All India State People's Conference from all over India, met to discuss the Cabinet Mission Plan, on 8-11 June,1946 [7]. During his speech in the meeting Pandit Jawahir Lal Nehru insisted on democratisation of the states to bring them at par with the rest of India. He said," Rulers alone can't decide the fate of nearly 100 million people."

The Cabinet Mission Plan was accepted hy the princes, but they wanted to make some proposals during interim period [9]. All these proposals were not at all concerned with people of the states. The situation however changed when the Muslim League, after joining the Interim Government, refused to join the Constitutional Assembly and continued to insist on its demand for Pakistan. It was felt all over the country and in England that events in India were leading towards a dangerous impasse. In order to face the situation more effectively, the British Government appointed Lord Viscount Mountbatten in place of Lord Wavell as Governor-General of India.

Lord Mountbatten, plunged himself in the negotiations with the leaders of different political parties and announced that long before June 1948, the Dominions of India and Pakistan would be established and that the question of Indian states would be dealt with in the light of the Cabinet Mission's memorandum of May 12,1946 [10].To approve the British plan, a conference between Mountbatten and several Indian leaders was held on June 2, 1947. It was approved on June 3,1947. The plan stated; "while paramountcy will lapse, according to His Majesty's Governments declaration of May 12, and May 16,1946, His Majesty's Government will not enter into military or any other agreement with the Indian states."[11]

Most of the states were under the impression that the lapse of paramountcy meant independent status for the states and they could either join the Constitution Assembly or remain independent. Seeing the attitude of the rulers in taking decision, Pandit Nehru said on June 15,1947, in the All India Congress Committee: "We will not recognise the independence of the states in India and any recognition of such independence by any foreign power will be considered as unfriendly act " [12]. Mr. Jinnah contested the views of Pandit Nehru. On June 17,1947, he said," Constitutionally and legally the Indian states will be independent sovereign states on the termination of paramountcy and they will be free to decide for themselves and adopt any course they like; it is open to them to join the Hindustan Constitutional Assembly or decide to remain independent. In case they opt for independence they would enter into such agreements or relationships with Hindustan or Pakistan as they may choose."

Throughout the negotiations on the Cabinet Mission proposals as well as the subsequent schemes of partition and transfer of power, the question of states and State People's right was kept in the foreground by the Congress and assurances were extracted from the British Government that on the lapse of paramountcy the princes would not become sovereign rulers [14].... "Sovereignty must reside in the people and not in any individual. The State people's claim to represent for themselves is justified and will see to it that they are heard. And certainly their rulers cannot speak for them," said Nehru on June 8,1947 before the delegates of State People's conference.

Whereas the Congress supported the cause of the people of the states to determine their relations with the Dominions, Muslim League's attitude towards them was antipathetic. The League's policy of not estranging the princes had become apparent when Mr. Jinnah made the following observations as far back as 1940:

The only important states which matter are not in the Eastern but in the North-Western one. They are Kashmir, Bahawalpur, Patiala etc. If these states willingly agree to come into the federation of the Muslim Homeland, we shall be glad to come to a reasonable and honourable settlement with them. We, however, have no desire to force them or coerce them in any way. [16]

With the passing of Indian Independence Act 1947, all the states were released from their obligations to the Crown. They became free to align their future with either of two Dominions. All the negotiations that had already been held on Cabinet Mission proposal of 1946 and the transfer of power and Independence Act of 1947, made it evident that if Indian states became separate independent entities, it would create a serious vacuum between the Central Government and the States; this would effect not only political relations but also economic and other relations between the two.[17] Taking into consideration these problems, Heartley Showcross, the under secretary of States for India in a speech emphatically maintained that the British Government would not recognise any state as a separate international entity, and Prime Minister Atlee speaking on Independence Bill, hoped that no irrevocable decision to stay out prematurely will be taken. [18] State Department was set up on 27 June,1947, to deal with matters concerning states. It was divided into two sections; one to be headed by a Congress leader and the other by a Muslim League leader. Sardar Patel and Abdur Rab Nishtar headed these sections [19] . Sardar Patel issued agenda for the conference of rulers of princely states to be held on 25 July, 1947. It included (i) Accession of the states on defence, external affairs, and communications, (ii) Standstill Agreement. It was enthusiastically welcomed by states. The same was repeated by Lord Mountbatten in his capacity as Crown Representative, when the special session of Chamber Princes was held on 25 July,1947. He assured the princes that their accession on these three subjects would involve no financial liability and that in other matters there would be no encroachment on their sovereignty. Finally he appealed to them to join any one of the two dominions before 15 August, l947 [20].

Thus before 15th August, 1947, all the states except Hyderabad, Junagarh and Kashmir had acceded either to India or Pakistan. In Hyderabad the public opinion was divided; while the majority who were Hindus favored accession with Indian Union, a strong minority under the leadership of Kasim Rizvi wanted to remain independent as the Muslim state of Hyderabad, and was aggresively hostile to Indian Union. The Government of Hyderabad failed to check the frequent raids of Muslim razakars and the militant communists of Telegana into the territory of Indian Union. These hostile designs were overcome by police action, before the Nizam consented to accede to the Indian Union.

Junagarh had a Muslim ruling family and 85% Hindu majority population. It had stated it would go along with the policy of other 279 Kathiawar states, many encircling it, all of which acceded to India. It was not contiguous at any point with Pakistan, and its railways, posts and telegraph were an integral part of the Indian communication system. There was a coup de tat on August 10, 1947, by a group of Sindhi Muslims (pro-Pakistan) under the leadership of Bhutto, took over the government and the Nawab became a virtual prisioner in his palace. On September 15, 1947, he eventually acceded to Pakistan. On November 9, 1947, India occupied the state at the invitation of the Prime Minister. On February 24, 1948, a plebiscite was held resulting in an overwhelming vote for accession to India. Finally, in January 1949, Junagarh was merged with Saurashtra, a union of princely states of Kathiawar. Jammu and Kashmir was the only state whose Maharaja delayed the accession of the state to India.