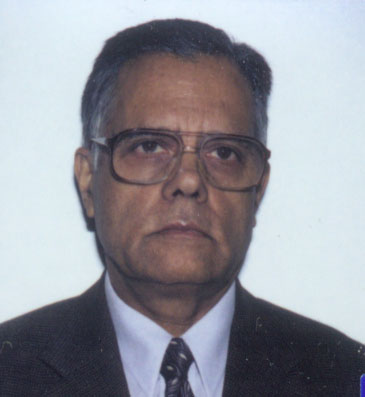 The Indian leaders exhorted Maharaja to accede to the Dominion of India. As early as June 1947 Lord Mountbatten had discussions, with the Maharaja on the issue of accession. The Maharaja, seems to have conveyed to the Viceroy his desire to remain independent after the British had left. He had told Maharaja that the British Government would not recognize the State as a Dominion, and was assured by the Governor General that if he made up his mind to accede to one of the two Dominions before 15 August, there would be no trouble. The Maharaja was, however, evasive and avoided to commit himself to any of the alternatives underlined by the Governor General.[1]

Three days before the transfer of power, the Maharaja of Kashmir sent telegrams bearing identical dates, asking for Standstill Agreement on 12 August 1947 to both the Dominions India and Pakistan [2] to maintain the normal amenities of life such as post office, communications and so on.[3] The agreement, as provided in the Indian Independence Act 1947, would guarantee that till new agreements were made all existing agreements and administrative arrangements would continue[4]. Any dispute in regard to this would be settled by arbitration and "nothing in this agreement includes the exercise of any paramountcy functions [5]" Pakistan immediately accepted the agreement on 15 August through a telegraphic communication.[6]. But the Government of India asked the Prime Minister of Kashmir to fly to Delhi to negotiate the Agreement, or to send any other authorised Minister for the purpose. The non-acceptance of the Standstill Agreement [7] by India immediately aroused suspicion in the minds of Pakistan and it complained that India's failure to conclude the agreement was indicative of some plan to effect the accession immediately[8]. Before any Minister could reach Delhi, the Pakistan sponsored tribal invasion had altered the situation altogether[9].

The tribal invasion by Pakistan on Kashmir was as indication of the fact that it wanted to annex Kashmir by force. Its contention that India wanted accession and therefore did not sign Standstill Agreement, is untenable. If it would have been her intention, she should have concluded the Standstill Agreement posthaste as a prelude to accession proper. Pakistan thought that by entering into an agreement it might persuade Jammu & Kashmir State to accede to it, but totally forgot that " Standstill Agreement " was purely provisional, facilitating the continued inflow of existing traffic and goods pending final accession[10]: Whereas India waited, Pakistan signed the agreement but felt dissatified[11], when it came to know that "Standstill Agreement" meant the continuation of existing arrangement.

On 4 September, the British Chief of Staff of Jammu and Kashmir State Forces submitted a report to the State Government that on 2 and 3 September armed Muslim residents, mainly of Rawalpandi district in Pakistan had infiltrated into the State[12] on receipt of this report the Prime Minister of Kashmir sent a prompt telegram to the Chief Minister of West Punjab on 4 September requesting him to take prompt action. The Deputy Commissioner of Rawalpandi replied to this note on behalf of the Chief Minister, West Punjab denying that the raiders had moved into Kashmir. "No infiltration has been seen by any of my officers or village officials anywhere at various points. I do not expect any trouble of any kind." [13] On 9 September, 1947, the Kashmir Government in a further communication, this time to the Deputy Commissioner, Rawalpindi, repeated the charges, urging immediate action[14]. Many more telegrams were exchanged, but Pakistan denied knowledge of any invasion; it suggested negotiations between the representatives of Jammu and Kashmir and Pakistan [15]. The Kashmir Government reiterated its demand that infiltration should stop before any discussions could begin. The Prime Minister repeated "shall gladly discuss matters when this trouble is controlled[16]. But it did not change the attitude of Pakistan, and ultimately the Government of Kashmir conveyed to Pakistan that if raids were not stopped and blockade of essential commodities lifted immediately it would be left with no alternative but to seek help from others [17]to protect the life and the property of his subjects. This made Pakistan suspect that it might ask for assistance from India and accede to the Indian Dominion. On 19 October the Foreign Minister of Pakistan wrote to Prime Minister of Kashmir, "We are astonished to hear your threat to ask for assistance. Presumably meaning thereby assistance from an outside power. The only object of this intervention by an outside power secured by you would be to complete the process of suppressing the Muslims to enable you to join the Indian Dominion[18]. Qaid-i-Azam Jinnah, Governor- General of Pakistan reiterated the same[19]. It appears that the Pakistan Government at this stage was attempting to apply pressure on the Maharaja. Organised massive raid of the tribesmen took place on 21-22 October, after which negotiations came to standstill.

With the inflitration the armed tribesmen into the State of Jammu and Kashmir the situation deteriorated, and the Maharaja released Sheikh Abdullah and his workers on 29 September,1947. The decision of the Maharaja was dictated by the fact that to throw back the invaders successfully it required the whole-hearted co-operation and support of the masses represented by their popular political organisation, the National Conference. The ensuing months proved that it was a wise decision[20]. On 22 October large bands of armed raiders entered Kashmir via Abbottabad road near Muzaffarabad. Within a couple of days Pakistan army mounted offensive all along the borders of the State. The few Dogra battalions which were posted at the frontiers offered heroic resistance but were over-run without much difficulty. The Maharaja, therefore, finally decided to ask for help from India, on 24 October. The request of the State Government for military assistance was considered by India's Defence Committee on 25 October. The meeting was presided over by Lord Mountbatten[21]. Lord Mountbatten's final advise was that Indian troops should not enter into an independent country but should do so only when the State had acceded to India. And after the raiders had been repulsed, the will of the people was to be ascertained[22].

Accordingly V.P. Menon flew to Jammu where the Maharaja had come from Srinagar, to convey him the decision of the Government of India. In his letter to lord mountbatten the Maharaja requested him for military assistance and signed the Instrument of Accession[23]. Meanwhile, Maharaja made Sheikh Abdullah the Head of Emergency Administration. The Instrument of accession which was signed by the Maharaja and accepted by Lord Mountbatten on behalf of the Government of India, was duly endorsed by the Head of the Emergency Administration Sheikh Abdullah on behalf of the state people and Meherchand Mahajan, Premier of the state. Thus the state of Jammu and Kashmir acceded to India on 27 October, 1947.

1. Maharaja had his own compulsions. His prejudices and ego over shadowed his political expediency. Acceding to India, meant to compromise and share power with his arch enemy Sheikh Abdulla. About Pakistan he was not sure what would be the position of minorities under the rule of Muslim theocratic Government. Also he was under tremendous pressure from Hindus of the State in general and kiths and kins in particular, not to accede to Pakistan. Only alternative left was to remain Independent.

12. Copy of a report submitted by the Chief of the Staff, J&K State Forces Major General Scott, on 4 Septcmber,1947 to the Deputy Prime Minister of the State.

14. Ibid., p.7.Telegram dated 9 September, 1947, from the Prime Minister of Kashmir, to the deputy Commissioner, Rawalpandi.