The generalizations and conceptual frames of reference adopted by western scholars, which still form the broad basis of explanation of the historical past of Kashmir and the history of its people, deserve to be abandoned now. The Burzahom civilization has revealed a continuity in the past of Kashmir, which dates back to the later stone-age cultures. That the early man of the Aryan stock, whose descendants live in Haryana now, should have been found to have lived in the later stone-age or Neolithic settlements at Burzahom and other places in Kashmir, links the history of Kashmir to the proto-Vedic period of Aryan civilization and refutes the traditional concept of Aryan race movement across Kashmir into northern India. Perhaps, Kashmir was never a theater for the Aryan immigration the way it is believed to have occurred by Grierson and the other English scholars of Kashmir History. 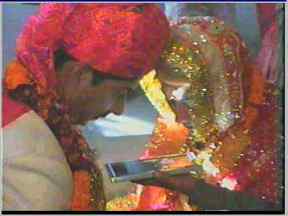 The myth about migratory character of the inhabitants of Kashmir, in ancient times or the medieval times must be discarded. The arrival of Sanskrit Aryans from India into Kashmir, in the beginning of the Neelmat period, which commenced with the induction of the calcolithic tools or metals into Kashmir, most probably from the surrounding Sind Valley civilization, indicates a cultural change, which was not dictated by any race movement. The people living in Kashmir, from the time of the Neolithic age of Burzahom, have been of a single racial stock. The Nagas and Pisachas were also people of the proto-Aryan racial origin, and formed the local cultural denominations after Sanskrit Aryans arrived in Kashmir. There is hardly any anthropological evidence to prove that ancient people of Kashmir were racially of a different stock than the people inhabiting the Burzahom settlements. There is also little evidence to prove that early people of Kashmir, lived through the millennia, following the Burzahom civilization, in remoter regions of northern Kashmir and Baltistan, where western scholars believe the Pisachas, particularly, toak refuge after Sanskrit Aryans extended their hold over the Kashmir Valley. The Austroloid and the proto-Austroloid race movements across India had a marginal impact on Kashmir. No ethnographic evidence is available to show any proto-Austroloid elements in the people of Kashmir. The only other race movement, which could have affected the racial content of the people of Kashmir in ancient times, is that of the Alpanoids, who are believed to have descended from the European Steppes and moved south-east across India. Alpanoids, also known as western Brachycephalics, did not leave any trace on the people of Kashmir. Brachycephalics are broader- heads, measured in accordance with specific anthropometric methods in accordance with which various cephalic or cranial indexes are calculated. Kashmiri people are predominantly docile-cephalic, with specific cranial indexes, indicating longer heads and nasal indexes, similar to that of the Aryan people. The Austroloid, proto-Austroloid and Alpanoid race remnants, which lingered on in remote regions, settling into endocrine social groups in India, and very often recognized as the aborigine tribes of India have a specific racial content and are not related to the early people of Kashmir. There were no aborigine people in Kashmir, and Nagas and Pisachas have no aboriginal history. The ritual culture of the people of Kashmir grew from its Burzahom past and is, therefore, formed of several sediments; the basic sediments have their origin in the ritual structure of the Burzahom people and the people of Kashmir who lived through the Neelmat period. The Vedic Grah-Sutras and Kalpa- Sutras were adopted for the Battas of Kashmir, or the Kashmiri Pandits, by Laugaksha Muni, a great sage, sometime in the first millennium B.C. Before the adaptation of Sanskrit scriptures, Kashmiri Battas had already a highly evolved and intricate ritual structure, which symbolised their proto-Aryan origin. A part of the pre-Laugaksha ritual was integrated into the Laugaksha adaptation. The rest lingered on and survived and in due course of time became a part of the religious culture of the Battas. These rituals are still extant, and preserved and practised by the Kashmiri Pandits even now. A vast number of rituals followed by Kashmiri Pandits, in their birth, death and marriage rituals have a phenomenal identity and theological content. Besides there are numerous rituals, traditions and festivals of proto-Vedic origin which the Kashmiri Pandits follow. Perhaps, the most interesting development of the Neelmat period was the evolution of Shakht religious system with its deep theological basis. Shakht ultimately formed the substructure of the Bhawani worship and Tantric Buddhism as well as Shaivism in Kashmir. Rituals like Gada-Batta, Kaw Punim, Khachi Mavas, Herath, etc. have an ancient past and are symbolic of a theological philosophy, which predates the advent of the Sanskrit Aryans into Kashmir. These rituals have a proto-Aryan origin and should not be aseribed to any aboriginity in the ancient past of Kashmir. They have rich theulogical backglound and cannot be explained by simplisitic explanations, based upon nineteenth century methodologies of history. Mythology is a part of the cultural tradition of all people, and Hindu mythology is also a part of its cultural tradition. Hindu rituals cannot be explained by rationalisation and conjecture. Gada Batta is a ritual form which must be traced to the Butzahom period of Kashmir history and has a long theological tradition. Gada-Batta is a ritual associated with the family and the clan organisation of the early Hindus of Kashmir and is not in any way connected to superstition or the last long meal left for the aged who were unable to migrate in winter as suggested in an article published in the Hindi Section of the 'Koshur Samachar' (Shivratri Special: March 1994).
- by Dr. Santosh Kaul Source: Koshur Samachar 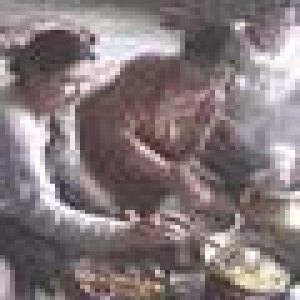 The Festivals of the Kashmiri Pandits

The pious and compassionate Kashmiri Rishis did not neglect the nagas and rakshasas who were the original tribesmen living in this land. They made arrangements to satisfy their needs acid requirements from time to time. 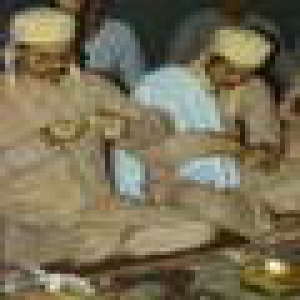 Yagnopavit is symbolic of the initiation of a householder into performing his threefold duties to the household, to his devas, and to his pitras 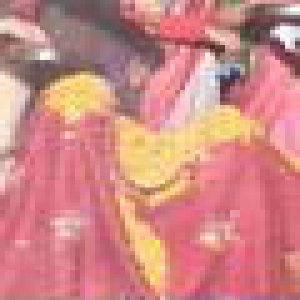 Kashmiris first match the teknis (horoscopes) of the prospective bride and groom. Besides this, the other factors which are taken into consideration while selecting a match are the background, status and moral character of the family of the prospective match and their close relatives. 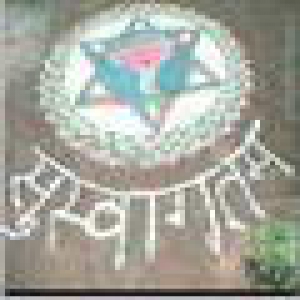 A Kashmiri Pandit Marriage in Pictures

These pictures show religious rituals being followed in the marriage.

This ceremony begins like the Yajnopavita ceremony with gara-navai or house cleaning and then, in like manner, henabandi and divagon are performed. 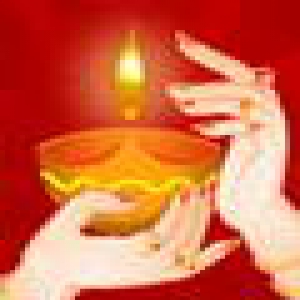 Deepawali is one of the oldest rituals for Kashmiri Pundits. We find a mention of its celebrations in Nilmat Puran. 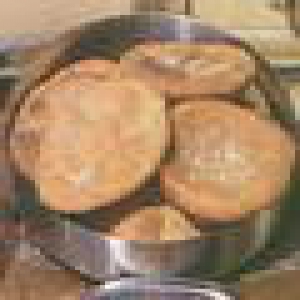 This is a traditional celebration which almost all Kashmiri families celebrate in the month of Bhadron (August/September) by preparing very delicious Roths of wheat pan-cakes) which are fried in Ghee (Butter).

It is a story that emphasises on belief and faith. It may not stand to any logic thus reaffirming that if you have strong faith in doing anything, miracles would happen defying any logic.

Navreh is the lunar new year which is celebrated in Kashmir and many other parts of the country. This coincides with the first day of the Chaitra (spring) Navratras. 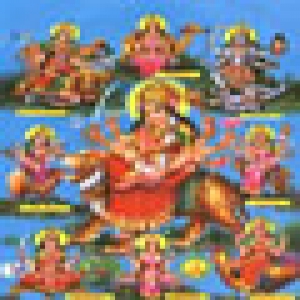 Not all KP observe all nine days as Navratras. Some people observe it from the 5th to the 8th day and some only the 8th day which is Ashtami and traditionally a sacred day for our community.