Goddess Durga represents the power of the Supreme Being that preserves moral order and righteousness in the creation. The Sanskrit word Durga means a fort or a place that is protected and thus difficult to reach. Durga, also called Divine Mother, protects mankind from evil and misery by destroying evil forces such as selfishness, jealousy, prejudice, hatred, anger, and ego.

The worship of Goddess Durga is very popular among Hindus. She is also called by many other names, such as Parvati, Ambika, and Kali In the form of Parvati, She is known as the divine spouse of Lord Shiva and is the mother of Her two sons, Ganesha and Karttikeya, and daughter Jyoti. There are many temples dedicated to Durga's worship in India.

In Her images, Goddess Durga is shown in a female form, wearing red clothes. She has eighteen arms, carrying many objects in Her hands. The red color symbolizes action and the red clothes signify that She is always busy destroying evil and protecting mankind from pain and suffering caused by evil forces. Following is the symbolism associated with Goddess Durga: 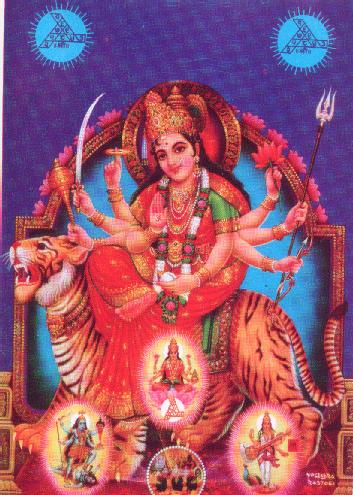 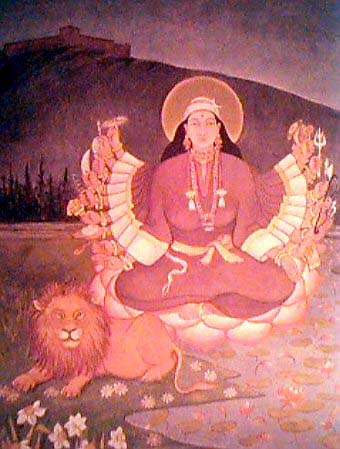